UK hip-hop artistes Rodney P alongside hip-hop DJ, Skitz are set to headline the Fête De la musique (World Music Day) this Saturday in a music concert that will showcase a range of artistes and sounds.

Rodney P (real names Rodney Panton) also known as ‘da riddim killa’ is a British MC who has had one of the longest and most respected careers in UK hip hop. So far, he has two full albums and 13 mini albums under his name.

On the other hand, DJ Skitz also British doubles as music producer whose DJing career spans over 25 years, and along with Rodney P produced the first track to ever be played on BBC Radio 1Xtra in 2002. He has made 5 albums.

His debut album ‘Countryman’, released in 2001 which featured Rodney P among other artistes is considered “ground breaking” in the British Hip Hop genre.

The two will serve a hip-hop reggae fusion showcase to the revellers.

French school, École Francaise Les Grands Lacs situated along Lugogo Bypass next to Kati Kati Restaurant will host the fête on Saturday with a focus on transforming the youth through music, creation, fusion and the power of the MC.

Gates will open at 6pm and the program runs till midnight.

The build up of activities included performances from Voices without Borders together with Eddy Kenzo and the Ghetto Kids.

Voices without Borders (VSF) in partnership with Children of Peace Uganda is a project focused on using music as a tool of repair and resilience for the children and adolescent escapees in the Bidi-Bidi camp-Uganda.

Organizers of tomorrow’s fête say “singing is a way of enabling the youth find joy and the energy to surmount the trauma and shock of exile and uprootment”.

Fete de la Musique is known to attract huge numbers in Frace where people flood the streets of Paris with their instruments and sing with each other.

The French embassy in Uganda has over the recent years replicated the celebration here in Uganda and Kampalans have embraced it quite well.

In tribute of Uganda’s musical roots, organizers ask the public to take part in a traditional instrument making workshop featuring Albert Ssempeke, a well know instrumentalist and creative hailing from the Buganda Kingdom, whose passion for music will enlighten any fellow creatives.

Albert will also fuse some of his talents and sounds with UK DJ Simbad during the afterparty.

Fête de la Musique was founded in Paris in 1982 by Jack Lang who was the French Minister of Culture at that time. The event is aimed to promote music for everyone, from amateurs to professionals, and to encourage artists to perform in public spaces for free.

It allows the public coming from different social backgrounds to have access to a wide variety of musical styles of diverse origins. At each edition music shows its power of unification by bringing people together. The event has been a huge success in France and expanded quickly worldwide.

Fête de la Musique is now celebrated in over 120 countries. In Uganda, it has been an anticipated event that takes place annually in the month of June and has been so for over 10 years, contributing diversity to the cultural scene of Kampala. 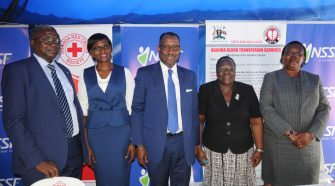