City socialite, Brian Kirumira commonly known as Bryan White has failed to appear before the Parliament Committee on Human Rights that is currently investigating him of allegations of rape, torture and assault of two young women.

Parliament on June 10 issued Bryan White summons to appear before the committee on June 18 to explain himself on the allegations made by a one Vivian Mutanda and Stella Nandawula.

The alleged victims since noted that they have fallen victims at the hands of Bryan White who raped them severally as well torturing them and employing them without pay for a period of over two years.

While appearing before the Parliament, Mutanda who worked as an usher and Assistant secretary at Brian White Foundation said that due to the alleged rape, she was forced to abort three times

Mutanda accused Brian of kidnapping them at his residence in Buziga and every time they tried to run away he would send to them men who would take them back.

As a principle of fair hearing, the committee decided to summon Bryan White to give his side of the story before the committee would report back to the house.

Through his lawyers of ABNO Advocates, Bryan White informed the committee that he could not attend the committee meeting since he was sick and unable to move.

“Our client is not able to attend to the Committee on Human rights today 18th of June, 2020 owing to the fact that he is sick and is not in position to move. Our client has requested us to request you as we hereby do that another date be issued to enable him attend the Committee on Human rights to answer the allegations against him,” noted ABNO Advocates in a letter to the committee dated June 18.

Bryan’s lawyers noted that their client has anticipated that he will be well in about two or three weeks from now.

However, the Committee Vice Chairperson, Agnes Taaka Wejuli noted that Brian Kirumira should appear before the committee on Thursday next week since Parliament doesn’t have all the time he is requesting for. 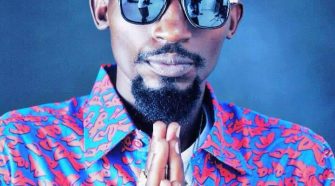