The Katikkiro of Buganda, Charles Peter Mayiga has warned the ongoing Commission of Inquiry into land matters against any proposal aimed at merging the existing land tenures in Buganda which he says the kingdom will not permit.

The Katikkiro was on Wednesday interfacing with the Commission of Inquiry chaired by Lady Justice Catherine Bamugemereire on issues regarding issues of land management. He led a delegation from the kingdom including Prince David Wasajja and Buganda’s Constitutional Affairs Minister Apollo Makubuya among other officials.

He said that the kingdom had learnt of the recommendations by the Commission in its preliminary report to the President, proposing the abolition of mailo land tenure.

“We are going to outrightly oppose the proposal to abolish the mailo land tenure because there is no persuasive or justifiable reason to back up that proposal,” the Katikkiro told the members of the probe committee.

“Buganda is apprehensive about the proposal and believes that Mailo land is part of the history and is deeply engrained in the customs, and customary practices have defined terms of usage and inheritance which would be difficult to be understood if fused with other tenures,” he added.

The mailo land tenure system in Buganda was established by Section 15 of the 1900 Buganda Agreement which introduced a new land regime in which the colonial administration divided 9,000 square miles previously under the kingdom into crown land. The mailo system

Katikkiro Mayiga explained that there are fears within the masses that the proposal to abolish the mailo land tenure is aimed at grabbing Kabaka’s land since he is the original owner of the title.

Rather than consider such a proposal, the Buganda Premier (Katikkiro) stressed the need for government to make the institutions and agencies that are responsible for land management more effective.

“It is doubtful that the fusion of tenute will lead to proper planning by urban authorities in the absence of effective laws,” he said.

According to the Katikkiro, land fraud and other illegalities such as overarching land rights that have resulted into the land “crisis” in Uganda are a creation of corruption, ineffective dispute resolution mechanisms, weak District Land Boards, political interference in land issues as well as inefficiencies in judicial and Police systems.

“I don’t think we should treat an illness that does not exist. The illness is not in having various land tenure systems but the dysfunctional institutions”.

Fusing the three tenures of mailo, customary and freehold into one land system would inevitably undermine the proprietary interests of the registered mailo owners of the land, the Katikkiro argued.

The Lead Counsel to the Commission, Ebert Byenkya and several other Commissioners asked the Katikkiro to expound on whether the difference in the Mailo and Freehold tenure systems as understood today was not merely in nomenclature than it was in substance.

“After the 1995 Constitution, does there remain a significant difference apart from having two different names for these tenure systems? Because if there is none, the question would be is there a benefit to simplicity to have a single freehold register throughout the country?” the counsel asked.

But the Katikkiro insisted that people have lived in peace for centuries for as long as the institutions of government were properly functioning. He noted that the desire for uniformity is an acknowledgment of the failure to make government systems effective.

“We don’t want to disturb the arrangement as it is because there is no problem. The law is clear, there are procedures to follow for one to acquire land. How do people influence court orders and other systems? These are the issues”.

But the Commission allayed the fears and reassured the Katikkiro that there was neither any plan to abolish the Mailo land nor grab land belonging to the Kabaka.

In his memorandum presented to the Commission, the Katikkiro also said the kingdom was opposed to the proposal by government to amend the Land Act to enable government to compulsorily acquire land for public projects. The proposed amendment has been met with wide criticism from the opposition and sections of the public, many saying it will give the state excessive powers over land.

“We are not convinced about the need to change the law. The spirit is that a person should not be dispossessed of their land without being compensated,” the Katikkiro told the Commission.

“Am very skeptical about the authority which determines the value. The actual solution is in the functioning of these institutions. Leaving compensation issues to court is problematic because they are slow, costly and corrupt,” he said.

He wondered why government is suddenly worried about issues of compensation when several infrastructure projects including the new Entebbe Road have been constructed successfully.

Notable among issues raised by the Katikkiro was the long standing contention between Buganda kingdom and the Central government regarding the properties (Ebyaffe) of Buganda that were historically expropriated by government.

He expressed displeasure over the delayal by government agencies to hand over the land owed to Buganda despite the agreement reached between President Yoweri Museveni and Kabaka Ronald Muwenda Mutebi in 2013 to have some of the land reverted to the kingdom.

“The kingdom is concerned the delay in effecting not the complete return of expropriated land belonging to Buganda. To date, the Lands Ministry has unlawfully continued to withhold and facilitate transactions over land that has been lawfully returned and vested into the Kabaka of Buganda. Only 8% of the 320 titles have been returned and vested,” the Katikkiro told the Commission.

He accused Uganda Land Commission (ULC) of continuing to create freehold titles over mailo titles and fresh white pages existing on top of land that is already titled.

He further claimed that the Land Registry still holds onto 280 certificates of titles that were returned to Kabaka citing Block 255 Plot 98 and 97 leased to KCCA by ULC yet the land was returned. This he said happened despite the order by former Attorney General, Fred Ruhindi to cancel this particular title.

Currently, the kingdom is stuck with 300 titles in the name of ULC yet they were vested to the Kabaka.

“In 2015, the kingdom handed over 20 titles for vesting into the Kabaka of Buganda but the titles have neither been vested nor returned to us. This has led to multiple titling We recommend that the government works on this before it becomes a crisis,” he said.

The Chair to the Commission, Justice Catherine Bamugemereire asked the Katikkiro the steps being taken by Buganda kingdom to settle the numerous land disputes that the Commission has encountered in its works.

‘”When we travel, we see the thirst for a similar tribunal that will be able to deal with land disputes. Does the kingdom have dispute resolution mechanisms where your subjects have a say?” Justice Bamugemereire asked.

In response, the Katikkiro said that much as Buganda kingdom administration possess the moral authority and will to adjudicate land conflicts, it lacks the legal mandate.

However, David Mpanga, a lawyer of the kingdom revealed that through the Office of the Attorney General of Buganda and Buganda Young Lawyers Association, aggrieved people have been assisted to get legal aid. 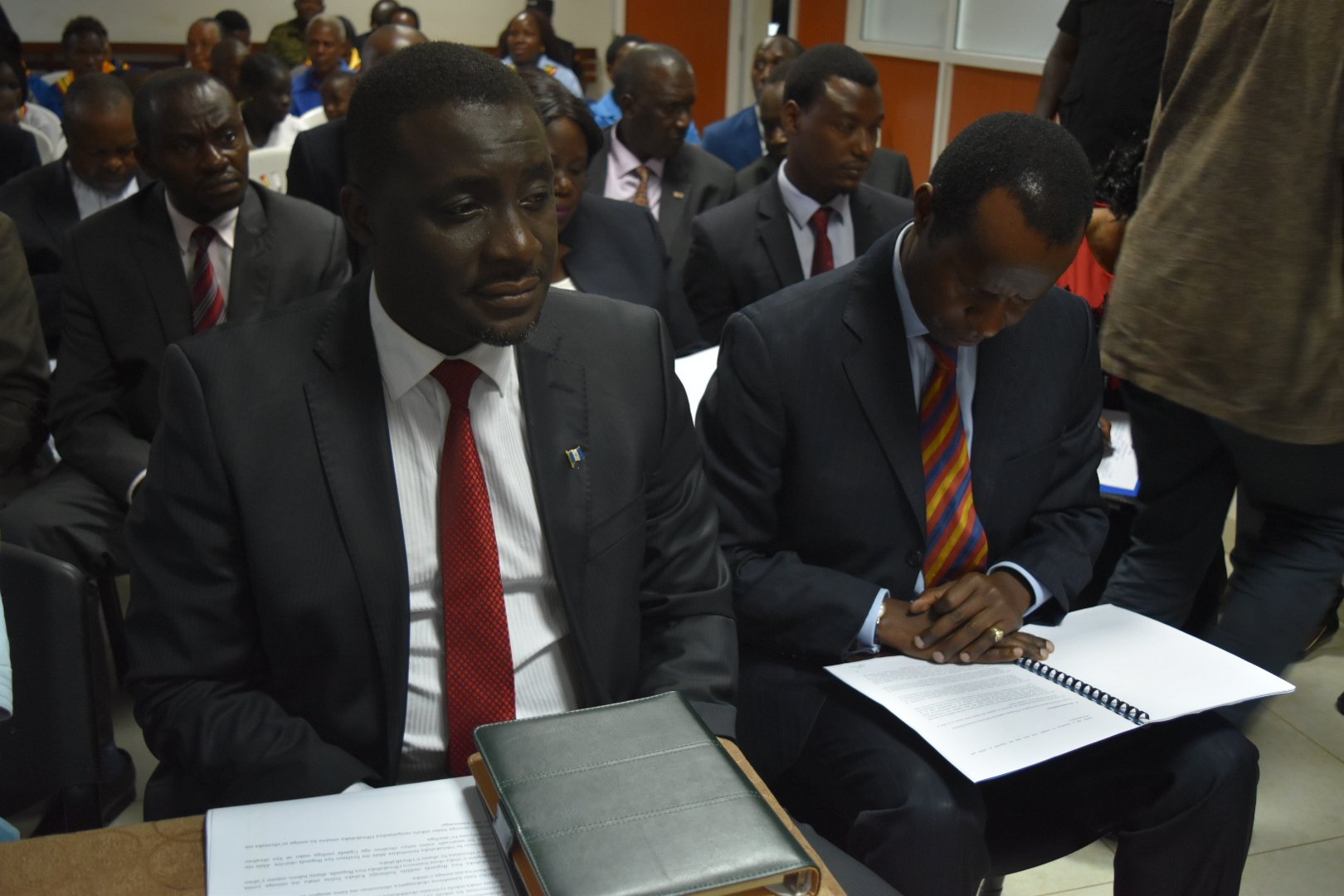