Following an attack on Burundi’s military facilities by Rwanda’s army a couple of days back, the government of Burundi has come to condemn the hostile acts against it by her neighbour as well well calling upon regional and international bodies to reign in on Kigali.

On the night of November 17, Rwanda carried out an attack on military positions of the Burundian army located on the Twinyoni mountain in Marura, Mabayi, Cibitoke Province Northwest of the country.

A week prior, hundreds of Rwandan military officers were seen deployed in Nyamasheke and Bukavu areas both located on the Burundi-Rwanda border in Rusizi district.

Local residents who spoke to this news website then, said RDF deployment communicated to them Rwanda’s impending attack. The only thing they didn’t know was the exact place Rwanda was targeting.

On the fateful day on Sunday November 17 at around 2am, RDF attacked several military barracks in Marura near Kibira forest in Bweyeye near Twinyoni area killing an unidentified number of Burundian soldiers as well as injuring dozens.

Residents say on the day the attack was executed, Rwanda’s military choppers were seen monitoring the jungles Kibira forest, before hearing several gunshots.

“At first, we thought they had carried food to Red Cross forces, but later, we realized that the attackers were retreating towards the Rwandan side, in particular their (RDF) base in Bweyeye Sector,” one of the local residents told this news website.

Bweyeye Sector is one of the 18 Sectors in Rusizi district of Western province. It is located near the Forest of Nyungwe National Park at 98km from Kamembe airport towards Rwanda-Burundi border.

During the attack, Rwandan military reportedly captured a Burundian soldier and retreated along with him with an intention of branding him a member of the rebel group, FLN, in order to justify their attack.

Rwandan military authorities would later contradict in explaining what had transpired.

In a statement by ambassador, Ezechiel Nibigira, Burundi’s Foreign Affairs Minister, Rwanda’s November 17 attack is not the first one on Burundi and the former continues remaining a victim to these armed attacks.

Following the controversy around the third term in office for Nkurunziza in 2015 and the political crisis that erupted, the government of Rwanda demonstrated a sustained support towards the Burundi political opposition.

In particular, general Godefroid Niyombare who attempted to overthrow Nkurunziza, on 13 May 2015, is believed to enjoy shelter provided by Rwandan authorities, along with many other opposition leaders who may have played a direct or indirect role in the coup plot.

“Following the attack on Burundi from Rwanda, on July 10, 2015 in Kabarore, and taking into account that the main perpetrators of the failed coup on May 13, 2015, had entrenched themselves in Rwanda, the government of the Republic of Burundi requested ICGLR (International Conference for the Great Lakes Region) Secretariat to activate The Joint Extended Verification Memorandum (JEVM) for the purpose of clarifying the facts, especially where the combatants were trained, identifying their recruitment network, their trainers or instructors, those who equip them and the way of transporting this equipment, the supporters and sponsors as well as their aims and report to the competent authorities,” explains the minister.

The armed attack was perpetrated in July 2015 at the border area in Kayanza (North of Burundi) is believed to have benefitted from a logistical and material support of the Rwandan Defense Forces.

When ICGLR received Burundi’s request, it dispatched a commission in both countries to investigate the allegations of Rwanda’s meddling into Burundi’s internal affairs but President Paul Kagame of Rwanda and his government refused to receive the commission after their work in Burundi.

Rwanda has always instead reciprocated accusations against Burundi saying that Burundian authorities have given support to a Rwandan rebel group operating along the border in the Nyungwe forest.

But Nibigira says: “At the end of the verification mission in Burundi, JEVM concluded that Rwanda’s allegations against Burundi were unfounded. Unfortunately Rwanda refused to allow the same investigations to be carried out on its territory to verify military training and armament of young Burundians taken hostage at the Mahama refugees camp.”

He says Burundi has submitted complaints to regional body East African Community (EAC), African Union (AU) and the United Nations to denounce all Rwanda’s aggressions, provocations and violation of the Pact of Security, Stability and Development in the Great lakes region.

“Despite these complaints so far ignored, Burundi has been this time the victim of an attack perpetrated by the Rwandan army on the night of 16 to 17 November 2019, in Mabayi Commune province of Cibitoke, causing material and human damage,” adds the Burundian minister.

As such, he appealled to UN, AU, EAC, ICGLR to play their full role particularly with regard to the respect and implementation of both international and regional conventions relating to Justice, Peace, Defence and Security. The minister has further asked these bodies to break the silence and put an end to Rwanda’s hostile acts against Burundi.

He said Burundi will not give in to Rwanda’s provocation but will not tolerate their acts of aggression, saying they (Burundi) will take all appropriate measures. 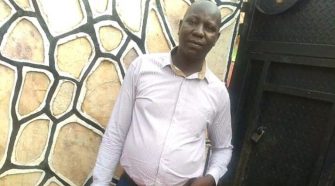