There is no need for an interim president, Burundi’s constitutional court has ruled following the sudden death of President Pierre Nkurunziza on Monday.

In a ruling seen by SoftPower News, President-elect, Gen Evariste Ndayishimiye will be sworn in as soon as possible.

The speaker of parliament, Pascal Nyabenda, should have become the interim leader.

But the cabinet refered the matter to court and now Gen Ndayishimiye who was to be sworn in in August will sworn in  two months early.

He was elected in May after President Nkurunziza who had been in power for 15 years decided not to run for another term of office.

The deceased President Nkurunziza was set to become the country’s Supreme Leader on Patriotism.

The government said that he died on Monday of a cardiac arrest after being taken ill on Saturday evening. 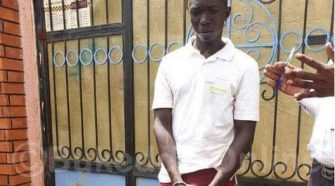