According to a Govrrnment statement issued about 30 minutes ago, the cause of death is ‘cardiac arrest.’

The statement issued in french says Nkurunziza was admitted to hospital on Saturday and showed improvement.

“The Government announces with sorrow the untimely death of H.E. Pierre Nkurunziza at the 50th Anniversary Hospital in Karuzi,” the statement reads.

“He spent saturday watching a match of volleyball at Ngozi, but started to feel unwell in the evening. He went to hospital and was treated for malaise,” the statement adds.

“He felt better on Sunday and was interacting with people around him. He got worse on Monday about mid -day with a sudden heart attack.”

According to Burundi government, efforts to resuscitate him, including heart and respiratory support, were unsuccessful and he passed on. 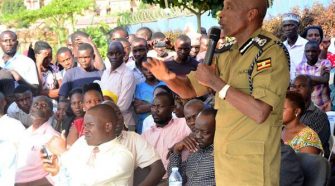