The Secretary General of the Common Market for Eastern and Southern Africa (COMESA), Sindiso Ngwenya has said the government of Burundi is ready to host the 2018 COMESA Heads of State Summit citing the various interventions put in place regarding summit preparation by the government.

Sindiso Ngwenya was in Burundi last week to check on preparations for hosting the 2018 COMESA Heads of State and government summit to be held on 18 and 19 April in Bujumbura and observed that Burundi government was ready.

The East African Nation has been experiencing violence since April 2015, following President Pierre Nkurunziza’s decision to run for a third term which his opponents say is unconstitutional.

Last year in November, International judges approved the opening of a full investigation into alleged crimes against humanity in Burundi, where at least 1,200 people have died in unrest since 2015.

More than 400,000 Burundians have fled abroad, according to human rights groups.

Government officials have argued that peace and security has returned, that there is no crisis, contrary to what members of opposition continue to say.

The summit was originally planned for October 2017 but was cancelled because Bujumbura was unable to prepare for the summit due to ongoing political crisis at the time.

The Chief of State Protocol in Burundi, Ambassador Zephyrin Maniratanga has met Ngwenya and assured him that all is set for the annual COMESA gathering.

Ambassador Maniratanga, added that the government and the people of Burundi are committed and ready to host the summit.

The scheduled hosting of the 19-nation COMESA is a “great diplomatic and economic victory,” said a spokesperson for Burundi’s presidency.

“We have no time to err,” Ambassador Maniratanga said.

In a meeting with the National Organizing Committee, Ngwenya said the COMESA Secretariat will work with the government to ensure that all logistics such as the meeting venue, accommodation to cater for over 800 delegates and transport are in place.

He advised that all preparations should be concluded by 15th February 2018.

“…..this summit will bring out two major events and this will mark history,” said Ngwenya.

Tunisia and Somalia are expected to join COMESA and secondly, the Summit shall appoint a new Secretary General. Ngwenya’s tenure is expected to end in July this year.

Ambassador Maniratanga, who is also the chairperson of the Summit organizing committee revealed that all delegates shall come to Burundi without VISAs and those from non-COMESA countries will be issued with letters to exempt them from acquiring VISAs into the country. 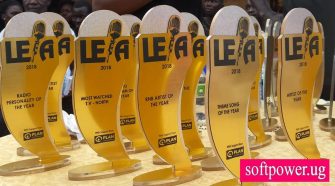