Burundi’s newly elected President, Evariste Ndayishimiye, has lauded Uganda’s President Yoweri Museveni for his “tireless support to the People of Burundi and his fruitful efforts towards peace and stability in the region”.

The elections held in the small East African country saw the people of Burundi elect a new President and representatives in the National Assembly.

Ndayishimiye, the presidential candidate of the ruling party, National Council for the Defence of Democracy–Forces (CNDD-FDD), the same party that Nkurunziza belongs to, was declared winner by the national election commission.

The Presidential race had seven candidates.

Ndayishimiye, a military General who is also a loyalist of outgoing President Pierre Nkurunziza, won with 68.72 percent of the vote, while leading opposition candidate Agathon Rwasa from the CNL party, came in far behind with 24.19 percent

On Tuesday, Burundi’s President-elect had a telephone conversation with President Museveni, according to a tweet.

This morning, I had a good call with His Excellency @KagutaMuseveni President of the Republic of Uganda. He congratulated me and my Party @CnddFdd for the victory in the 20 of May Elections in #Burundi. He reiterated his engagement to work and strengthen ties with #Burundi pic.twitter.com/qYYPkAKMPU

“I thanked President Museveni for his tireless support to the People of Burundi and his fruitful efforts towards peace and stability in the region in his capacity of Chairman of the Regional Peace Initiative on Burundi,” Ndayishimiye wrote.

“The 2020 Burundi elections hold an iconic place in the history of the nation, making this the first peaceful and democratic transfer of power. More significantly, the process driven through own funding,” says the regional body in a statement.

“In the spirit of the Constitution promulgated in 2018, the Community urges all parties to practice patience and sustain the peace currently prevalent in the country as the final phase of the electoral process is underway. This will provide space for constitutionally mandated consideration and conclusion of contestation and ultimate announcement of the results by the Constitutional Court,” the bloc added.

Unlike the 2015 election which was controversial, last month’s election was described as having been generally peaceful.

EAC appealed to all Burundians of different political persuasions to guard the prevailing peace and sustain the tolerance that has been witnessed in the concluded elections.

Burundi has been marred by political violence since its last election in 2015 which saw President Pierre Nkurunziza run for a disputed third term in office.

A failed coup left more than 1,000 people dead. President Pierre Nkurunziza did not stand for a fourth term and announced in 2018 that he will step down for the new president after serving as the country’s leader for 15 years.

If a peaceful transition finally happens as it is anticipated, the historic election will have ushered-in the first peaceful transfer of power in Burundi in 58 years. 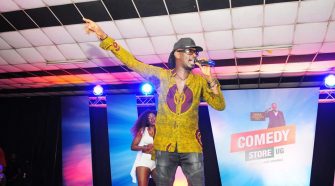