Soldiers deployed at the DP offices in Busunju on Sunday.

At the same time, the DP leadership was opening their offices in Busunju. The new office is meant to coordinate party activities in the area.

The celebrations were scheduled to take place at Geoflo Hotel in Busunju. DP President, Norbert Mao among other other party delegates including former Mityana municipality MP aspirant, Richard Lumu were expected to grace the event.

According to Mutyaba Agip, the LC 3 Chairperson for Busunju said that Police had been formally notified about the planned event and permission was granted.

However, on Sunday, Police officers and the military swung in and stopped supporters of DP from holding a procession from the newly launched office to Geoflo Hotel.

This prompted supporters to block roads and burn tyres bringing business in Busunju town council to a standstill.

Police said the planned march would cause violence in the town given that there is a distance between the DP office and the hotel where they were supposed to converge. 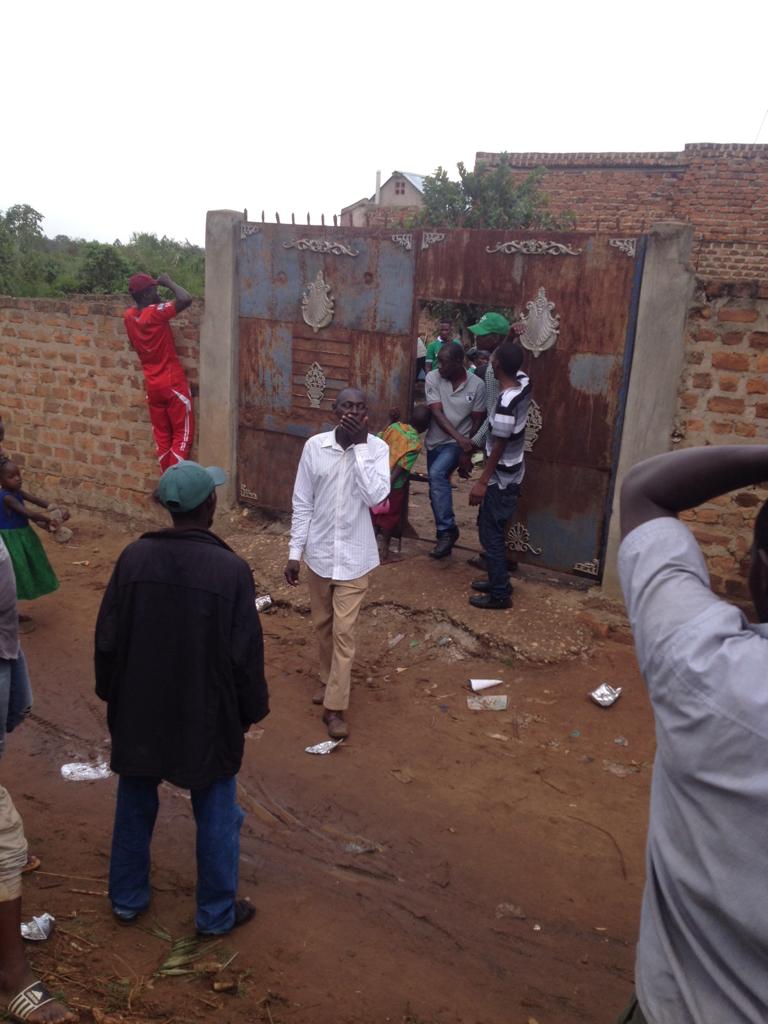 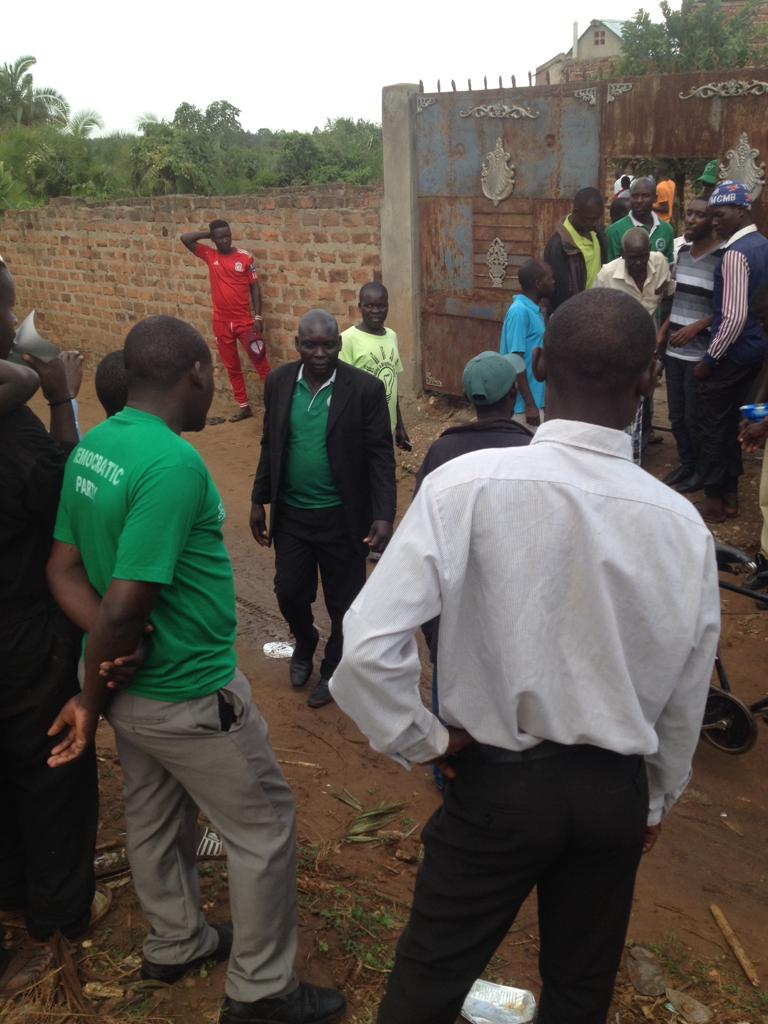 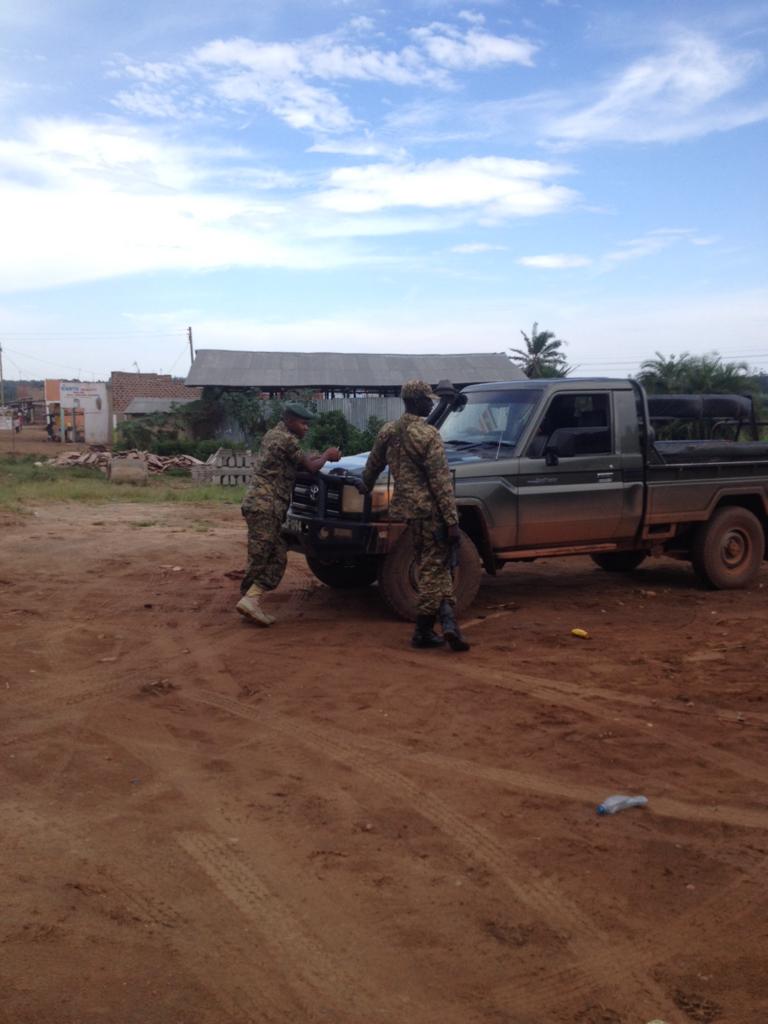 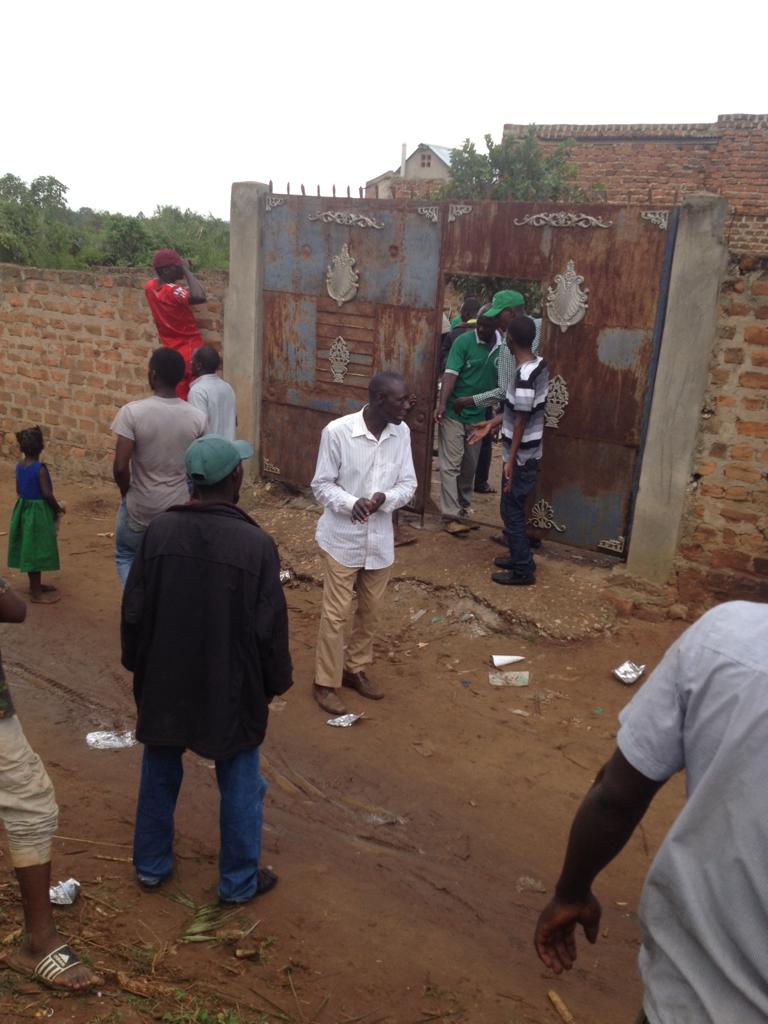 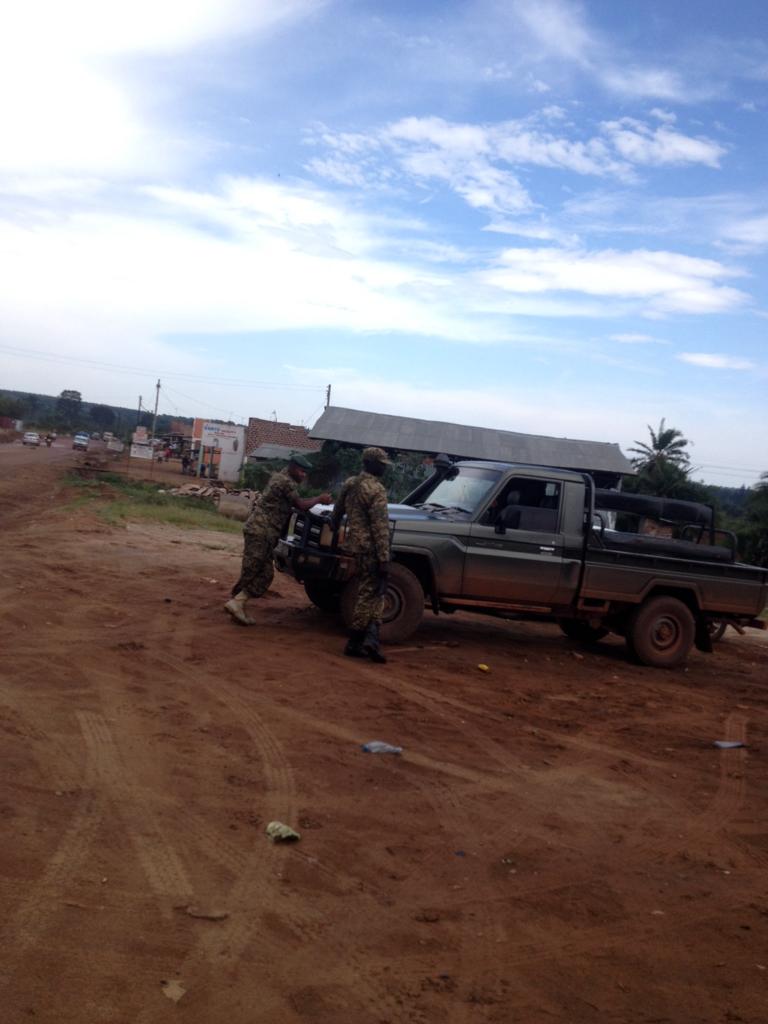