Members of Parliament that constitute the Busoga Parliamentary caucus have proposed vigorous school inspection within the subregion, among other interventions in order to reduce cases of teacher absenteeism that have led to perennial deterioration of academic performance in Busoga.

Enerst Begumisa, an official from the Ministry of Education revealed that the government loses Shs 16 billion monthly due to teacher absenteeism.

He made the revelation on Friday while addressing the Busoga Parliamentary Caucus on Friday over the general poor performance of schools in the region.

Begumisa said that eliminating teacher absenteeism which most times is authorized among other interventions, would go along way in improving education standards and result in better performance at primary and secondary levels.

The Uganda National Examinations Board (UNEB) recently presented a report on the high failure rates in the Busoga sub region since 2013 and largely attributed this to teacher absenteeim, low parent involvement among others.

During Friday’s meeting, Bunya East MP, James Majegere Waira, a member of the Busoga caucus said that the Education Ministry should embark on rigorous inspection at the subcounty level to deter absenteeism.

However, the Minister of State for Primary Education  Rosemary Seninde asked the caucus to devise strategies like holding and funding teachers’ conferences, stakeholder engagement and mobilization.

Seninde also noted that there is need for a constituency education committee as vital because Busoga has 10 districts and 26 constituencies.

The MPs thereafter shared their proposals and how the ministry can intervene.

He as well complained about the fact that a total of 9 Ministers hail ffrom the region but they have not been of any help in alleviating the education problems.

Namutumba woman MP Mariam Naigaga who is the secretary of the caucus expressed optimism that the meeting will bear fruits on the ground.

The Ministry has pledged to do more inspection, investigate corruption claims among other things. 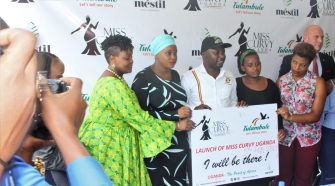