Oxfam International has announced that it will set up a commission to review the organization’s practices and culture, in the face of a fresh scandal in which Oxfam staffers are accused of sexual misconduct.

The commission will also probe systems through which the charity handles previous cases of sexual misconduct as a way to strengthen safeguards and avert abuses.

This was revealed by the Oxfam Executive Director, Winnie Byanyima on Thursday.

It will comprise an independent high level commission on sexual misconduct, accountability and culture change, with leading women’s rights experts, which will be able to access Oxfam records and interview staff, partners and communities it supports around the world.

Oxfam will as well set aside funds and resources for safeguarding processes and double the number of people charged with these processes. The annual finances towards this will more than triple to over USD 1 million.

In its new plan, Oxfam has committed to improve its culture to ensure that no one faces sexism, discrimination or abuse, that everyone, especially women, feels safe to speak out, and everyone is clear on what behaviour is acceptable or not.

“Oxfam is also committing to publish its 2011 internal investigation into staff involved in sexual and other misconduct in Haiti as soon as possible, after taking steps necessary to protect the identity of innocent witnesses,” a statement posted on the Oxfam website read in part.

The names of the men involved have already been shared with the authorities in Haiti.

Winnie Byanyima said that what happened in Haiti, where Oxfam staffers working in the 2010 earthquake rescue operations are reported to have abused sexual workers, “is a stain on Oxfam that will shame us for years, and rightly so”.

“In my language ‘Okuruga ahamutima gwangye, mutusaasire’. It means ‘From the bottom of my heart I am asking for forgiveness,” said Byanyima.

“Of course words are not enough. I’ve agreed on a plan of action with Oxfam’s board of international directors, which will see us double the number of people who work on safeguarding the people we serve,” she added.

She appealed to respected women’s rights experts “to lead an independent commission which will take a long, hard look at our operations and tell us what we need to change about our culture and practices”.

The new Commission will operate at arms-length from Oxfam and determine its own scope and terms of reference.

Oxfam will provide the resources required by the Commission to do its job effectively including creation of a historical record about cases of sexual misconduct and abuse of power that is as complete as possible, which will be made publicly available.

Byanyima said that at the time, she is preoccupied with provision of support to the millions of vulnerable people we work with around the world while learning vital lessons from our past mistakes to make sure such abuse and exploitation does not happen again.

“We are absolutely committed to ensuring justice for survivors of abuse, and making sure all those we work with, as well as our staff and volunteers, are protected from any such abuse now and in the future,” she said.

She stressed the need to work with governments, regulators, women’s rights organisations and others in the sector to ensure anyone guilty of gross misconduct is not able to move between different organisations, exposing more vulnerable people to risk. 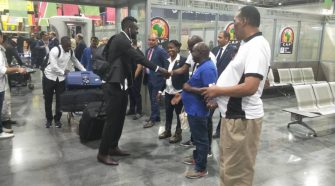 AFCON 2019: Kadaga Assures Cranes MPs Will Be in Cairo to Support