The Confederation of African Football (CAF) has appointed referees from the North African country, Egypt, to officiate the CAF Champions league game between Uganda’s Vipers SC and CS Constantine from Algeria scheduled for this Saturday December 22 at St Mary’s Stadium, Kitende.

The appointed officials are Amin Omar who is the centre referee, Mahmoud El Regal and Samir Gamal Saad both assistant referees.

The same referees officiated the AFCON game between Uganda and Lesotho on October 13 which saw Cranes humble the visitors 3-0, thanks to Emmanuel Okwi’s brace and Farouk Miya’s well taken spot kick.

Last week, the Algerian side had a narrow 1-0 win over the Ugandan Champions in the first leg played at Mohamed Hamlaoui Stadium in Algeria.

Meanwhile, captain Taddeo Lwanga who didn’t play in Algeria because of being suspended and defender Geoffrey Wasswa who had an injury, are back and expected to feature in Saturday’s encounter.

A draw or a loss eliminates Vipers while their 1-0 win takes them to spot kicks.

The Ugandans only need a two nil win to seal a spot in the group stages and become the second club in Uganda to play at that level after KCCA FC making it last year. 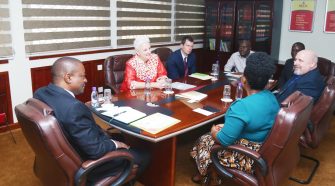