Vipers who are already in the North African country qualified for the continent’s top club tournament after winning the Azam Uganda Premier League last year.

The Ugandan side is not playing for the first time in the Champions league, they in 2016 eliminated by Nigeria’s Enyimba at the preliminary stage.

Return leg will be played on December 4 and thereafter, Vipers if they edge Al Merreikh on aggregate, shall play either Algeria’s CS Constatine or Gambian giants GAMTEL in the final qualification round.

The match will played at 8:30pm (EAT) and shall be handled by Algerian officials.

The centre referee is Aderazzek assisted by Abbes Akram Zerhouni and Brahim El Hamiaoui Sid Ali while the fourth official is Mustafa Ghorbal also from Algeria.

Vipers owned by former FUFA President, Lawrence Mulindwa, will play under new tactician, Javier Martinez Espinoza, who was revealed at the club in August this year. 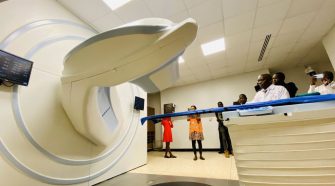