A section of legislators have expressed disappointment that their colleagues have shied away from the move to censure the Minister of Security, Gen. Elly Tumwine.

Last week, Parliament passed a motion calling for censure of the Minister of Security, Gen. Elly Tumwine over continuously holding Parliament in contempt.

The motion was moved by Butambala County Member of Parliament, Muwanga Kivumba and was seconded by several members of the house.

Parliament kicked off the process of censuring the Minister by collecting signatures required by the Constitution and the Rules of Procedure to have a Minister censured.

According to Article 118 of the Constitution, Parliament may by resolution supported by more than half of all members of Parliament, pass a vote of censure against a Minister on the grounds of; abuse of office or willful violation of the oath of allegiance or oath of office; misconduct or misbehavior; physical or mental incapacity, namely, that he or she is incapable of performing the functions of his or her office by reason of physical or mental incapacity; mismanagement; or incompetence.

Parliament requires 150 MPs to sign to the censure motion for it to return to the House for debate. It is reported that so far, less that 20 MPs have signed yet the process must end on Thursday February 20, 2020.

Now, MPs including Lwemiyaga County MP, Theodore Ssekikubo, Makindye West MP, Allan Ssewanyana, Buyaga West MP, Barnabas Tinkasimire, Manjiya County MP, John Baptist Nambeshe have registered their disappointment that the very members of the House that passed the motion to have Tumwine censured are not willing to finish the process.

They wondered how even the members of the Human Rights Committee that recommended action to be taken against the Minister have shied away from implementing their recommendations.

“We are seeking signatures to back up a motion for the Minister to appear before Parliament and explain his actions as a gesture to show that we are fed up of perpetrators of human rights but it’s so disappointing that most of the MPs are shying away,” Ssekikubo said.

“We wonder why MPs are shunning the exercise yet it was their resolution. On the floor, they were up in arms and debating so passionately but they are now nowhere to be seen,” Ssekikubo noted.

He revealed that he understands that Tumwine has lent out money to a number of MPs which could be the reason why some are shying away.

MP Allan Ssewanyana advised members of the public to put pressure on their area representatives urging them to sign to the censure motion.

“At the end of the day, we shall be revealing to the country those members who shied away from a noble exercise aimed at fighting impunity and arrogance in the country,” Ssewanyana said.

Moses Kasibante said the censure motion comes as a test to Parliament on how far they can in implementing their resolutions.

“The real test is on us MPs representing our people, do we support arrogance imbedded in such people like Tumwine. Hon. Egunyu Nantume the Chairperson of the Human Rights committee would have been the first one to sign the censure but she is silent,” Kasibante noted. 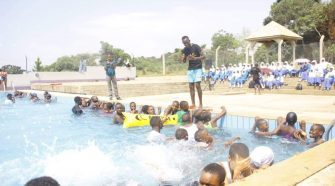