Bank of Uganda has Tuesday further eased its monetary policy by reducing the Central Bank Rate (CBR) by 0.5 percentage points to 9.5 percent. This, the Central Banks says is aimed at boosting private sector credit growth and strengthening economic growth momentum.

While issuing the Monetary Policy Statement for the month of October, the Governor Bank of Uganda, Emmanuel Tumusiime Mutebile said that the annual core inflation is forecast to remain around the medium-term target of 5% and economic activity is slowly gaining momentum.

Consequently, the rediscount rate and bank rate have been reduced to 13.5 percent and 14.5 percent, respectively.

Quarterly growth rates of only 0.6 percent and 1.1 percent were recorded in the first two quarters of the 2016/17 financial year, mainly attributed to bad weather that affected the agricultural sector.

“However, growth rates accelerated to 1.88% and 1.9% respectively in the third and fourth quarters of the financial year,”Mutebile said.

The Governor noted that the Consumer price index (CPI) data indicates that inflation remains subdued with annual headline and core inflation increasing marginally to 5.3% and 4.2% in September from the respective rates of 5.2% and 4.1% in August.

The spike in inflation was largely driven by increase in the cost of fuels which pushed up electricity, fuels and utilities’ inflation to 10.6% in September 2017 from 7.8% in August.

Basing on Central Bank projections, the economy is forecast to grow at an annual rate of 5% to 5.5% in FY2017/18 which is a little lower than estimates of potential GDP growth.

In the medium term, Mutebile said economic growth is projected to accelerate to between 6 and 6.5%, supported by accommodative monetary policy, improvement in public investment management and improvement in the global economy.

Tuesday’s further reduction in the CBR follows consistent easing which saw the signaling rate reduced by 7 percentage points since the beginning of 2016. 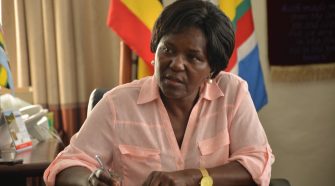