The Central Bank has announced plans to mitigate the impact of thee Coronavirus on the Ugandan economy, among them “putting in place a mechanism to minimize the likelihood of sound business going into insolvency due to lack of credit”.

The plans were revealed Friday by Central Bank Governor, Emmanuel Tumusiime Mutebile at a news conference in Kampala.

Mutebile said that even though Uganda has no case of COVID-19 as yet, “the impact of the outbreak on the economy is already visible”.

He singled out traders and manufacturers who rely on supplies from China and Europe who are already facing challenges. The virus originated in China, resulting into disruptions in travel between mainland China and the rest of the world. in recent weeks, Europe has become the epicenter of the virus.

Mutebile also cited Uganda’s tourism industry which is the country’s highest foreign revenue earner, which is already shrinking as a result of declining demand and expanding restrictions in travel to and from a growing number of countries abroad. Most of the countries which Uganda has listed as high risk are the key source markets for tourists.

The private sector in Uganda’s tourism sector has already appealed to government to issue tax waivers to mitigate the loss these businesses are facing in the wake of the Coronavirus. Many businesses in hospitality could lay off over half of their staff.

They are appealing to government to give wavers (especially taxes) to the hospitality until the situation has normalized.

“We are requesting government through Bank of Uganda to put in place some mitigating measure either by reducing the interest rates or extending grace period for hoteliers. Those are some of the things that we the hotel owners association are proposing,” Susan Muhwezi, the Chairperson of Uganda Hotel Owners Association said this week.

Mutebile says: “The volatility in the global financial markets has resulted n offshore investors exiting the frontier and emerging markets including Uganda, into safe havens, these factors pose a risk to financial stability and overall economic growth”.

He said that BOU will undertake certain measures in the interim, in order to limit the impact of COVID-19 on the financial stability and economic growth.

Mutebile says BOU will provide exceptional liquidity assistance foa a period of up to one year to financial institutions supervised by the Central Bank.

He added that the Central Bank will also intervene in the foreign exchange market to smoothen out excess volatility arising from the global financial markets, as well as ensuring that contingency plans by financial institutions guarantee the safety of customers and staff.

BOU will also waive limitations on restructuring of credit facilities at financial institutions that may be at risk of going into distress due to the COVID-19 pandemic.

The regulator also announced it would engage telcos and commercial banks to further reduce on mobile money transactions and other digital payments in order to limit use of cash and bank visits.

On Thursday, the Minister of Finance, Matia Kasaija said that projections indicate that economic growth in FY 2019/20 will be revised downwards from 6 percent to between 5.2 and 5.7 percent depending on the severity of the COVID-19 impact on Uganda.

Kasaija said the biggest impact of the virus will be on the services sector noting that travel restrictions are already affecting the tourism sector including hotels, accommodation and transportation.

The Minister also said the low activity in industry and services sectors will result into loss of jobs further leading to a decline in economic growth.

He added that Loan Disbursements are projected to decline by 50 percent in the last five months of the financial year because of the likely delays in projects execution and a disruption in the supply of inputs for the projects.

To deal with this economic shock, both fiscal and monetary policy adjustments will be required, he said. 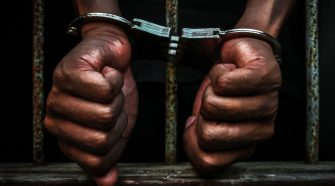