The Central Bank of Uganda has threatened to cap lending rates should commercial banks fail to quickly ease their lending interest rates consistent with Bank of Uganda’s ease in monetary policy.

Governor of the Central Bank, Emmanuel Tumusiime Mutebile says the reluctance of banks to bring down their rates may force Bank of Uganda to take redress as provided for in Section 39 (1) (d) of the Bank of Uganda Act 2000.

The Section states that “the bank may in consultation with the Minister (of Finance), by statutory instrument prescribe the maximum or minimum rates of interest and other charges which in the transaction of their business financial institutions may pay on any type of deposit or other liability and impose or credit extended in any form”.

The warning is contained in a letter written by Mutebile to all commercial bank in which he expresses concern over their failure to reduce their lending rates despite the fact that the Bank of Uganda has taken deliberate steps to ease its key lending rate.

Recently, in the wake of the Covid pandemic and its subsequent impact on the economy, the Central Bank reduced its rate to 7 percent, the lowest it has gone ever.

However, in his letter to all chief executives of commercial bank and Ugandan Bankers Association, the Governor raises concern over what he called the stickiness in lending rates.

Mutebile said in the July 7 letter that domestic economic activity is facing unprecedented decline due to Covid and that businesses and households continue to suffer the brunt of the pandemic arising from lower demand, lower capital inflows and travel restrictions.

To mitigate the damage, “the BOU eased monetary policy and continues to take other far-reaching steps to provide liquidity to the banking system in order to ensure adequate access to affordable credit by households and businesses”.

“BOU had been pursuing an accommodative monetary policy stance since April 2016. It is however disheartening to see that commercial banks have not reduced lending interest rates in tandem with the reduction in the CBR despite several discussions with Uganda Bankers’ Association,” Mutebile writes in the letter.

The average lending rates on shilling denominated loans increased to 18.8% in May 2020 from 17.7% in April.

The Governor stresses the vital role of the financial sector in transmitting the monetary policy stimulus to the affected business and households in order to hasten economic recovery.

He adds that a faster recovery reduces the likelihood of distress in the financial sector.

“I therefore expect a faster reaction to the CBR reductions by the commercial banks,” he said, adding that lending rates should be reduced to the levels that are consistent with the current monetary policy stance,” Mutebile said. 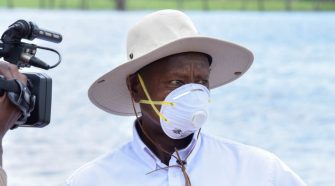