The United Nations High Commission for Refugees (UNCHR) has clarified that Rwandans whose refugee status ended on December 31, 2017 will continue to be supported and such support will be tailored to each individual country depending on the circumstances in the country.

Questions had risen over the fate of many Rwandan refugees still living elsewhere in Africa 14 days after the December 31, 2017 deadline recommended by the UN Refugee Agency for the discontinuation of their refugee status.

Rwandan refugees living across the world had panicked since according to international convention, once the refugees status is abolished, the support and protection also ceases.

In 2013, the UN refugee agency had recommended that countries hosting Rwandan refugees should invoke cessation clause which would in effect end their refugee status and UNCHR support.

Countries hosting refugees can only invoke cessation clause after clear assessment that a refugee’s country of origin, no longer poses threat or persecute refugees and therefore a refugee does not need international protection.

For unclear reasons, cessation clause only focuses on Rwandans who fled their country between 1959 and 1998.

In an interview with Soft Power News, Nana Heltberg, the Associate External Relations Officer at the UNHCR Rwanda Office said that as per agreement with government of Rwanda, UNHCR will also continue support voluntary repatriation in 2018.

“UNHCR has issued a recommendation and it remains the prerogative of the governments hosting these refugee groups to declare cessation based on their own assessment of the situation in the country of origin,” Heltberg added.

She explained that governments usually do their own assessment of the situation, but take UNHCR’s recommendations into account.

In practical terms, in the countries that have not invoked cessation, the status of Rwandan refugees will remain unchanged after the 31 December deadline.

“In those countries which invoked cessation but still host Rwandans who have not locally integrated or were allowed exemption from cessation due to continued international protection needs, UNHCR will continue to advocate for the pursuit of all efforts to provide the former refugees an alternative legal stay,” Heltberg said.

Uganda is among the countries that have refused to invoke the cessation clause largely driven by the continued numbers of Rwandans that are still seeking asylum in Uganda to date. This could imply that conditions in the country are not suitable for some Rwandan refugees.

Uganda’s Minister of Disaster Preparedness, Musa Ecweru reportedly said Uganda will not invoke because till now the country receives refugees from Rwanda. Uganda’s refugee policy is lauded as the best in the world.

According to the United Nations High Commission for Refugees (UNCHR), as of today, there are approximately 250,000 Rwandan refugees still in exile.

The majority live in the Democratic Republic of the Congo (some 225,000 individuals). The remaining refugees are mainly in Uganda, the Republic of Congo, Zambia, Uganda and South Africa and a few others in other African countries.

Heltberg said that return must remain voluntary, although she noted that some refugees show reluctance to return home after a long absence, during which they have established strong ties with the country of asylum.

Since 2011, the Rwandan government through its Ministry of Disaster Management and Refugees has been carrying out different activities encouraging the Rwandan refugees, who were still living in exile to repatriate before the coming into effect of the Comprehensive Solutions Strategy (Cessation Clause) on 31st December, 2017.

At a press conference held in December 2017, on the coming into effect of the cessation clause, Minister of Disaster Management and Refugees Debonher Jeanne d’Arc encouraged the Rwandan refugees to repatriate or get necessary documents allowing them to live legally in host countries.

“Since Rwanda is a peaceful country, we encourage the Rwandans to repatriate before the coming into effect of the cessation clause,” the Minister told the media in Kigali last month. 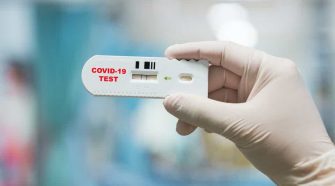