Uganda Cranes will play Burundi on the next round of the African Nations Championship (CHAN) after the latter knocked out South Sudan on Sunday.

Burundi defeated South Sudan 2-1 in the second leg played in Kampala yesterday, advancing 4-1 on aggregate and set up a clash against Coach Abdallah Mubiru’s team next month.

Cranes sealed their place in the next round by beating Somalia 4-1 in the return leg to progress 7-2 on aggregate.

Burundi will host Uganda in the first leg to be played in Bujumbura at Intware Stadium on September 20, 2019, before they travel for the return leg scheduled for October 18 in Kampala.

The CHAN tournament is played by locally based players playing in the domestic leagues of the respective countries. 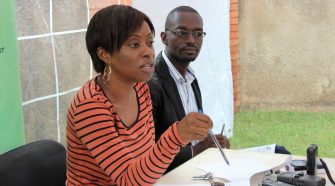