The new changes in the National Media group have been revealed by the Group Editor in Chief, Tom Mshindi in a press statement that he released this week.

Mshindi noted that Bichachi is indeed the suitable candidate to handle the responsibilities that come along with the appointment.

“This is a critical role that exists to guarantee the public that everything we do, especially the coverage of news and events, is guided by public interest,” Mshindi said.

Mshindi said that this is the role that holds the media house to account on the promises that it makes to the public and on the fidelity that it pays to its own Editorial Policy Guidelines and Objectives.

“Charles is particularly well suited to this role as he brings a wealth of experience and knowledge of media operations generally and specifically of the Monitor Publications and its parent company.”

“His last assignment as the Executive Editor of the Monitor places him in very good stead to execute the role impartially and professionally. His span of interest will cover both the print, online and broadcast platforms (TV and Radio). To provide the Public Editor’s office its impartiality and authority, Charles will report to the Board, through the Editorial Board Committee.”

Mshindi requested the public to accord him all the necessary support as he starts the job of making NMG Uganda products even more accountable to the public and demystifies the workings of newsrooms to the public. 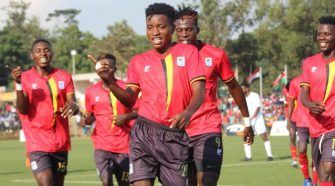