Parliament Director of Communication and Public Affairs, Chris Obore has run to courts of law seeking an injunction over the move by the Clerk of Parliament, Jane Kibirige to have his five-year employment contract terminated.

On March 18, 2019, Obore is said to have received a letter terminating his services at Parliament from the Clerk to Parliament and was required to hand over office within 15 days.

In the letter, the Clerk noted that the decision to have Obore’s employment terminated followed a report from the Inspector General of Government (IGG) that had undertaken an investigation into how Obore was procured for the job.

Reports say the report by the IGG exposed alot of irregularities and illegalities that were perhaps committed by the Commission in hiring Obore’s services.

In his affidavit, Obore told Court that in May 2015, he received a letter from Parliament Commission informing him that they were in the process of filling a position of Director of Communication and Public Affairs, and that he had been identified as a suitable candidate for the position before sitting for interviews over the same.

Obore adds that on August 19, 2015, he received a letter from the Clerk informing him that he had been appointed on probation. He served until he was confirmed for the position which he has served since then.

It came as a surprise to him to later on on March 18, 2019 when he was served with a letter terminating his employment, a decision he says would affect him negatively, if implemented.

Obore argues that he has never been accorded a right to defend himself before the Commission or anyother relevant body.

He has since then hired the services of Kampala Associated Advocates (KAA) and filed a case challenging the decision taken by the Clerk to Parliament.

“I seek an interim injunction restraining the Commission, its agents or servants from implementing the decision of the Clerk of Parliament to terminate my employment pending determination of the main case,” Obore said.

Court has thus set April 10 as the date for the hearing of the case being assigned to Lady Justice Harriet Waloyo in the High Court. 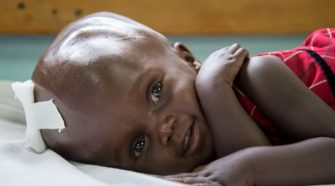