Nkoyoyo died Friday morning at Kampala Hospital where he has been admitted. He has died at the age of 81.

He fell ill in 2016 and was diagnosed with cancer of the oesophagus (throat). He was flown out of the country and admitted at St. Mary’s Hospital Paddington, London in the U.K where he underwent surgery.

It had been six months since he returned to Uganda from the U.K.

On Friday afternoon, the serving Archbishop of the Anglican Church of Uganda, the Most Rev Stanley Ntagali announced that the body of Nkoyoyo will be taken to All Saints’ Cathedral on Sunday evening, January 7, at 4 pm for an overnight vigil.

On Monday 8, the body will then be taken to St. Phillips and Andrew Cathedral, Mukono for a service at 10 am

After the service, there will be an overnight vigil at Nkoyoyo’s home in Nakabago in Mukono.

On Tuesday, January 9, the main funeral service will be held at St. Paul’s Cathedral, Namirembe, starting at 9 am.

His body will finally be laid to rest at Namugongo Martyrs site at 4 pm.

Archbishop Stanley said, “We pray for Mama Ruth Nkoyoyo and the family that God will comfort them and enable them to continue.”

He said that the program was tentative and likely to change at any time.

“In the meantime, let us celebrate together the life and ministry of the faithful servant of God, the Rt. Rev. Dr. Livingstone Mpalanyi Nkoyoyo, who has been promoted to glory.”

Nkoyoyo served as the Archbishop of the Anglican Church of Uganda for nine years between 1995 and 2004. 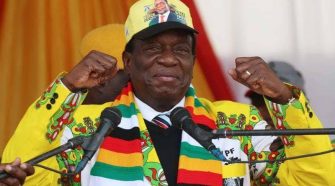