The workshop which was attended by business journalists from different media houses and presided over by senior business trainers from Aga Khan University and Citibank officials, saw several journalists attain new and modern skills in producing business stories, interpreting financial data and cyber security as well as impact on the economy.

Jenny Luesby, a lecturer at Aga Khan University, expressed her disappointment with the ‘half backed’ and false business reports currently on the market.

She tasked business journalists to always double check their facts to avoid misleading the readers.

“Journalists should provide underlying evidence to defend their claims in the stories they publish. Business stories without proof, are mere fiction,” said Jenny.

She asked journalists to make an effort to seek information from credible sources and ask extra questions, adding that poorly researched stories influence the consumers to make poor economic decisions.

At the moment, Uganda lacks a fully fledged daily business newspaper or even, an online publication. This could be due the complexity of business information, that only a few journalists can interprete. And this, makes the public to make poor economic decisions.

However, Clare Bagorogoza Jjombwe, the Citibank Public affairs Officer believes such workshops will change the trend.

“This workshop is the first of its kind in Uganda and our broad vision as Citibank, is to equip journalists in our field with business skills, so as to bridge gaps in financial reporting,” Bagorogoza said while speaking to SoftPower News.

Journalists who attended this training session were awarded certificates by Issac Owilla, the Citibank Head of Operations who encouraged them to put the skills they acquired in practice. 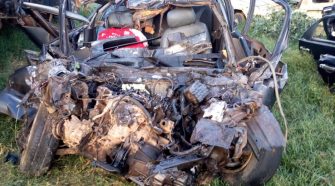