Clashes between the army and militia in the eastern city of Beni, Democratic Republic of Congo (DR Congo) have killed at least 22 people, the military said on Sunday.

Congolese army spokesman from North Kivu Mak Hazukay told this news website that among the dead were 20 fighters of the Mai-Mai, a local militia group and two Congolese army soldiers.

“The fighting took place on Saturday and the army is still pursuing the rebels,” Hazukay said.

Clashes between army and rebel groups are common in Beni, in North Kivu province which is the epicenter of both DR Congo’s most deadly Ebola outbreak having killed more than 600 people and surging violence perpetrated by armed groups who make it difficult for health officials to monitor the virus properly.

This week, two Congolese soldiers based in Beni died of Ebola. Most attacks in recent years, have been attributed to the Allied Democratic Front, a Ugandan Islamist group that’s been active in DR Congo for more than two decades.

Persistent intercommunal violence has blighted much of North Kivu, as well as the neighboring provinces of South Kivu and Ituri, long after a half-decade civil war ended in 2003 and more than a hundred militias currently operate in the region. 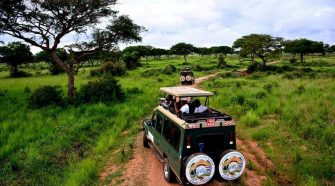