The collection of tolling fees on the Kampala – Entebbe expressway, Uganda’s first ever expressway, will begin in January next year, according to Uganda National Roads Authority (UNRA).

UNRA Executive Director, Allen Kagina revealed on Tuesday that the process of procuring the operator of the expressway is ongoing.

“We started the process a couple of months ago. We started that as we anticipated the signing of the Road Bill which is now an Act, because the President has assented to it. It’s at the last stage of gazetting it”.

The 49.5km expressway was commissioned in June last year after five and a half years of its construction.

It was constructed by China Communications Construction Company (CCCC) and it connects Entebbe international airport to the Kampala northern bypass at Busega. It also connects to Munyonyo through Kajjansi.

Part of its features are 4 interchanges, bridges (including the Nambirigwa which is the longest bridge in East Africa) as well as underpasses.

Government hopes the expressway will significantly reduce the travel time for motorists to Entebbe from Kampala from 2 hours to only 30 minutes. In addition, it will decongest the existing Entebbe road which has become prominent for clogged and slow traffic flow.

On commissioning, government said the expressway would not immediately become operational, until the Road Bill which provides the legal framework for paid-for roads is enacted.

“Road tolls are a new concept. But now we are going to have many toll roads and we need to have a law. And that’s coming in the Road Bill,” State Minister for Transport, Gen Katumba Wamala said in June last year.

The Minister also revealed that the other issue that needed to be addressed before the users begin to use the road was the technology for tolling, which he said hadn’t been concluded on.

“Among the innovations we are considering is to have a card which the driver will show and automatically the bar goes up. All this is being studied by UNRA,” he said.

Road tolling is a method of raising revenue from transport infrastructure through imposing a charge or fee on the vehicle.

On Tuesday, the UNRA Executive Director said that UNRA anticipates to start collecting tolls in January 2020.

With the law at the final stage of being operationalized, Kagina said “we are going to now start communicating to the public so that there is no lack of information”.

She justified her statement citing the growth in traffic, business activity as well as the increasing arrivals at the Entebbe International Airport. Kagina also said the Kampala and Entebbe metropolises have both developed and so has the movement of people between the two points.

“The activity has actually increased, therefore we anticipate there will be an even greater demand for moving faster. As you know, it’s an expressway, so, you don’t expect people to stop to offload and load people,” she said.

As to whether the money collected from the tolls will be enough to service the loan financing that went into the construction of the expressway, she said can only be determined once the collection has began.

The expressway cost Uganda USD 467 million with financing from the Chinese government. 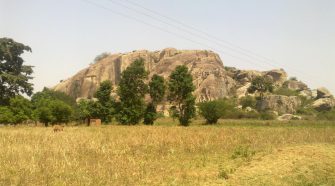