As delegates continue to arrive in Uganda for the 64th Commonwealth Parliamentary Conference (CPC), opposition party, Forum for Democratic Change (FDC) has urged them to focus their discussions on the core values of the meeting which strengthening democracy and separation of power among the different organs of government.

Addressing the media during the party’s weekly press briefing, the party Spokesperson, Ibrahim Semujju Nganda appreciated that Uganda is hosting the 8-day event that runs from September 22 to 29, noting that it is timely given the challenges that most Commonwealth countries go through Uganda inclusive.

“We welcome the delegates who have come for CPC and we certainly know that this is not only a get together as well as a tourism exhibition as it is being portrayed by the National Resistance Movement (NRM) officials,” Semujju said.

Semujju said that as advertised in U.K, the meeting is aimed at promoting good governance and separation of power between different organs of government.

“We hope that such topics would be given more time than other topics; in fact this is an area where the FDC would have been invited to serve the delegates coming to Uganda with local content because we are the best that have been fed on Ugandan democracy and we believe the guests would benefit more,” Semujju said.

Semujju said that in a bid to enrich the delegates with a true picture of Uganda’s democracy and separation of power, the party developed a documentary movie and a write up which they have successfully distributed to some of the delegates that have already come into the country.

“The hosts may not tell the delegates more about Uganda during the conference. The documentary highlights the key areas of discussion that is democracy and good governance, separation of power as well as Climate change,” Semujju noted.

The Commonwealth Parliamentary Association (CPA) flagship event will bring together over 500 Parliamentarians, parliamentary staff and decision makers from across the commonwealth for the unique conference and networking opportunity. 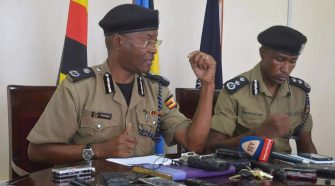