Kinshasa – Democratic Republic of Congo (DR Congo) on Thursday ordered the expulsion of the European Union’s ambassador to the Central African Nation following the decision by the EU to renew sanctions against 14 government officials, including Emmanuel Ramazani Shadary, the ruling party’s presidential candidate in Sunday elections.

On December 10, the European Union approved a one-year extension on sanctions placed against Congolese officials for human rights violations in the Democratic Republic of Congo, a decision that angered Congolese authorities.

Shadary was named to the EU sanctions list in May 2017 after the EU identified him as the person when still minister of interior under Kabila was “officially responsible for the police and security services and coordinating the work of provincial governors,” including violent crackdowns in Kinshasa and Kongo Central.

The government’s move comes amid tension ahead of long-delayed elections on Sunday that some opposition groups say the ruling government is planning to delay again.

Results of presidential and parliamentary elections will be announced on January 15 and a new president sworn-in on 18 January.

On Thursday, police and security forces fired live rounds and teargas to disperse protesters in Goma and Beni against a decision to exclude them from the presidential election on Sunday.

The sanctions against Congolese officials mean an asset freeze and a ban on entering the European Union.The EU said it would review the sanctions again after the elections, which they hoped would be credible.

Congo government had asked the EU to lift the sanctions before elections take place. Shadary is competing against potential presidential candidates who include Felix Tshisekedi and Martin Fayulu.

The polls were supposed to take place on Dec. 23 but were pushed back by a week after a fire on Dec. 13 in the capital, Kinshasa, burnt election materials. 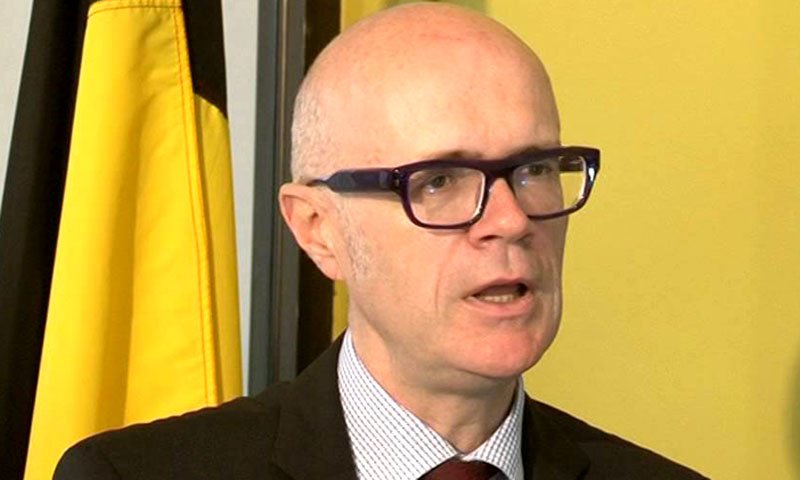