GOMA – Jean – Pierre Bemba, the former Democratic Republic of Congo Vice President who was acquitted of war crimes and crimes against humanity by the International Criminal Court (ICC) last month has been nominated by his party as candidate for upcoming presidential elections scheduled for December 2018.

A statement issued by his party, the Movement for the Liberation of Congo said it nominated Bemba, on Friday at the end of a two-day congress.

Bemba, 55-year old had been sentenced to 18 years in prison by ICC for murder and rape committed by his rebel group in 2002 and 2003 in the neighboring Central African Republic.

But in 2016 this conviction was overturned by the same court. He is now waiting for the final ruling on other allegations of tampering with evidence brought by witness.

Bemba is still regarded by many in DRC as a big political actor who forced President Kabila for a second round in Presidential elections of 2006.

He claimed the second round was rigged but Kabila denied it. Bemba has accepted the candidacy.

Following his acquittal on June 8, the government in DRC promised that it will give Bemba, a diplomatic passport to allow him travel back to Congo.

A letter from Congo’s Foreign Affairs Minister, Leonard Okitundu, to the Senate Speaker asks him to tell Bemba’s protocol officer to submit an application for a diplomatic passport to Congo’s embassy in Brussels.

“We still regard Mr Bemba as the saviour of the people of this country and many will vote for him,” said Ahmad Kambale, Bemba’s supporter based in Goma.

The incumbent, Joseph Kabila, who has ruled Congo since 2001 following the assassination of his father has not mentioned whether he would run for a third term or not.

The constitution required President Kabila to step down in 2016 and his refusal to leave power sparked protests across the country.

He has promised to address the nation before July 20 where he is expected to announce ‘important decisions’ about whether he would seek a third term in office or not.

Lambert Mende, the minister of communications, had earlier told this SoftPower News that the world would know whether Kabila will seek a third term or not this month. 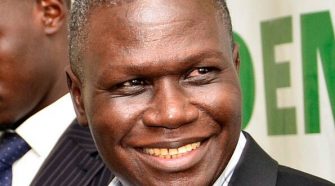