The Director Legal Services of the ruling political party, National Resistance Movement (NRM), Oscar John Kihika, has differed from the decision by NRM Secretary General, Justine Kasule Lumumba, to block all NRM MPS who voted against the removal of the presidential age limit from attending the national delegates conference schedule for January 25.

NRM party organs in December 2017 agreed to support the Bill that repealed Presidential age limits from the constitution. They were however shocked to learn after the vote in Parliament that 30 of their legislators had voted against the position of the party.

During the second meeting of the 3rd National Conference on Wednesday, Lumumba revealed that the party Chairman had said the MPs in question were not expected to appear at the delegates conference to be held at the Mandela National Stadium.

“The national chairman for NRM gave guidance that for those Members of Parliament who did not move with the party when we were having Constitutional amendments will not be invited and therefore we don’t expect them to attend the national conference,” Lumumba said.

According to Lumumba the ‘errant’ MPs can only attend the conference after being cleared by the party’s Disciplinary Committee.

However, in a letter to the Secretary General, Kihika says the MPs are still members of the NRM and so, the decision to bar them from the conference violates the party’s constitution.

“As you are well aware, the 30 NRM Members of Parliament were entitled to attend the upcoming National Conference by virtue of Article 11(2)(j) of the NRM constitution which lists them as members the National Conference. To the best of my knowledge, these MPs have thus far not been dismissed from the NRM,” says Kihika in a letter.

In February last year, the party’s Central Executive Committee (CEC) while at Chobe Safari Lodge in Nwoya district, took a decision to maintain President Yoweri Museveni as the party’s presidential sole candidate for the 2021 general elections.

The same decision was later on adopted by the NRM parliamentary caucus during a retreat at the National Leadership Training Institute (NALI) in Kyankwanzi where some of the ‘rebel’ MPs were barred from attending.

The lawmakers argued that the move was a clear indication of the dwindling democracy within the ruling party since they were denied the right to associate or even present divergent views. 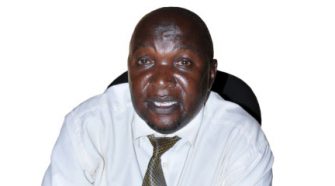