It should be noted that among the measures that were issued by President Yoweri Museveni in the fight against COVID-19 was the ban on all political and cultural gatherings since these gather a number of people and likely to spread coronavirus.

Addressing the media at the party headquarters in Kampala, the FDC party president, Patrick Amuriat Oboi said that despite the current situation with increasing cases of Coronavirus, the party has started a phased re-opening of the offices.

“Today June 1st, marks our official return to work since we closed our headquarters and all other offices in order to contain the spread of Corona virus that causes the Covid 19 disease. The headquarters are now fully open and functional, we have instructed all our regional and district offices to re-open. We want to guide our regional and district leaders to begin holding smaller meetings to resuscitate the party,” Amuriat said.

The Party Principal said all leaders attending the meetings will be required to put on face masks, regularly wash their hands and that meetings will last a short time – not more than two hours.

“We will in due course, issue more guidelines that you will follow as we settle in this new normal situation,” Amuriat noted.

Some Opposition leaders have recently accused President Museveni of taking advantage of the COVID-19 period to gain popularity and playing politics while blocking other political players from doing the same yet the country is in nearing the electioneering period.

Amuriat accused the ruling NRM government of failure to effectively fight against the disease.

“We would like to thank the citizens for observing measures that were announced by the World Health Organizations (WHO) and all medical experts; as citizens, you have done your part and we immensely thank you. If the government had done its part, we would not be counting 413 cases,” Amuriat said.

Amuriat noted that at the time of the lockdown nearly two months ago, the country had a few cases all imported from Dubai and the West but today, there have been registered community cases among them are the frontline health workers.

“We were made to believe that the Shs 104 billion that Parliament hurriedly passed, was meant to procure Personal Protection Equipment (PPE) for our medical workers. In fact, we also received a lot of protection equipment from WHO, China and Europe. Where did all these go?” Amuriat questioned.

He accused government of an attempt to cover up the numbers and the damage the pandemic has caused to the country.

“According to World Health Organization (WHO), all cases diagnosed in your country, are registered there but when the cases became many, Mr. Museveni issued a directive that only Ugandans should be counted. That is how our cases reduced from 370 to about 180. But despite this directive, the numbers are going up again rapidly; we are now officially at 413. We fear, Museveni may issue a new directive stopping the counting of these cases like it has happened in Tanzania.”

The party has also sympathised with fellow citizens for the losses incurred as a result of COVID-19 measures as well as appreciating the medical personnel who have expressed resilience amidst a low pay and lack of protection equipment. 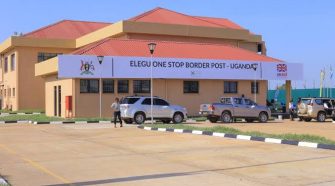