Prime Minister Dr Ruhakana Rugunda  has called on the international community to support efforts of developing countries with technology, skills and financial resources to enable them protect and conserve forests and wetlands, as one way of addressing the adverse effects caused by climate change.

Dr Rugunda made the call on Monday in Madrid, Spain, during the round table discussion for Heads of States and Government at the ongoing UN Climate Change Summit, also known as the Conference of the Parties or COP25.

At the summit, the PM is representing President Yoweri Museveni. He is accompanied by State Minister for Environment, Dr Goreti Kitutu and the Assistant Commissioner for Climate change, Bob Natifu.

Rugunda outlined Uganda’s efforts in protecting wetlands, forests and rivers and said to achieve the required ambitions of reducing green house emissions, development partners should support developing countries with technologies that will provide alternative and cleaner sources of energy and livelihoods.

“Uganda’s vulnerability to climate change and its associated impacts have seen our country experience unprecedented floods, droughts and landslides among many effects,that have led to loss of lives, property and livelihoods” the Prime Minister said.

“As such, we have had to enhance our level of ambition and national response by putting in place a robust National Climate Change Policy and an ambitious Nationally Determined Contribution (NDC) aimed at reducing emissions by 22% by 2030- emphasizing both adaptation and mitigation measures. ”

He explained that government and its partners are engaging in stopping further destruction and encroachment of fragile ecosystems such as forests, wetlands, rivers and lakes–which constitute over 30% of the total land surface of the country.

“Forest restoration is targeted at ensuring that over 2000 hectares of degraded Central Forest Reserves is restored, 13,400 hectares freed from encroachment and establishment of 1,167 hectares of new plantations country wide,” he said.

The Prime Minister said that Uganda needs to restore an additional 8,000 square km of wetland to absorb more than 600 metric ton of Co2 in the short to medium terms.

“This will not only contribute to  the desired projected 28,000 square km of wetland restored and maintained to absorb over 20,000 Metric tons of Co2 equivalent in the long term  but most importantly improve the individual well being and livelihoods of our people.”

“To achieve these levels of ambition, your Excellencies, Uganda and other developing countries need support in technology transfer, capacity building and financial resources to find adaptation and mitigation programmes.”

Earlier, UN Secretary General Antonio Guterres had warned that the world’s efforts to stop climate change have been “utterly inadequate” so far and there is a danger that global warming could pass the “point of no return”.

Speaking during the opening session of COP25,  the UN boss said the effect of rising temperatures – including more extreme weather – is already being felt around the world with dramatic consequences for humans and other species.

The COP25 talks in Madrid will focus on finalising rules for global carbon markets and setting up a fund to help countries already reeling from climate change – enhanced heatwaves, droughts, floods and storms made worse by rising seas.

Guterres noted the world has the scientific knowledge and the technical means to limit global warming, but “what is lacking is political will”.

“The point of no return is no longer over the horizon. It is in sight and hurtling toward us,” Guterres said.

He cited mounting scientific evidence for the impact that man-made emissions of greenhouse gases are already having on the planet, including record temperatures and melting polar ice.

But he insisted his message was “one of hope, not of despair”.

“Our war against nature must stop and we know that is possible,” he said.

Countries agreed in Paris four years ago to limit global warming to well below two degrees Celsius (3.6 degrees Fahrenheit), ideally 1.5C (2.7F) by the end of the century compared with pre-industrial times.

Guterres noted some 70 countries – many among the most vulnerable to climate change – have pledged to stop emitting more greenhouse gases by 2050.

“But we also see clearly that the world’s largest emitters are not pulling their weight. And without them, our goal is unreachable,” he said.

The UN chief said he hoped the meeting in Madrid would see governments make more ambitious pledges ahead of a deadline to do so next year. 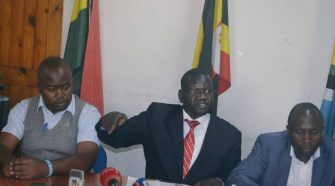