Uganda has suspended receiving of new arrivals with immediate effect for a period of 30 days. This is in response to the Presidential Directive to close all border points and stopping entry and exit of all persons to and from Uganda.

The revelation was made Wednesday in a joint statement issued jointly by Office of the Prime Minister and UNHCR.

Until March 21, Uganda was continuing to receive new refugees/asylum seekers daily and responds to protection and assistance needs of the new arrivals from mainly 3 countries; South Sudan, DRC and Burundi.: In addition, transit and reception facilities along the borders were receiving  asylum seekers and facilitating screening and registration processes before relocation to the settlements.

The State Minister for Relief and Disaster Preparedness, Musa Ecweru said on Wednesday that as a result, all Reception Centres at the borders such as SIbagoro, Nyakabande, Matanda, Elegu and Ntoroko as well as the Department of Refugees (DOR) offices in Kampala and Old Kampala Police Desk Refugee Office are to close with immediate effect for  a period of 30 days.

In addition, all transit centers are to be decongested and later closed.

“We would however like to stress that refugees who are already in the country will continue to receive the support and solidarity in line with the guidelines issued by Ministry of Health,” Minister Ecweru said.

The Minister said that refugees and asylum seekers already in Uganda are welcome to stay on condition that they do not move from one settlement to another or between Uganda and countries of origin for purposes of farming, checking on relatives.

“Anyone who violates this guidance will be dealt with in accordance with the laws of Uganda,” the Minister said.

He said that all measures being implemented across the country like frequent hand washing, use of sanitizers, no mass gatherings, no communal, political and cultural activities, banning of mass gatherings, shall all apply in the refugee settlements as well.

UNHCR and other UN agencies will provide hand sanitizers and other relevant protective gear to frontline staff in all refugee settlements.

Ministry of Health will liaise with RDOs and other stakeholders to institute, surveillance mechanisms to detect any likely occurrence of corona virus among the refugees and host community population.

Uganda currently hosts the largest refugee population in Africa with 1,411,098 refugees & asylum seekers as of February 29, 2020. 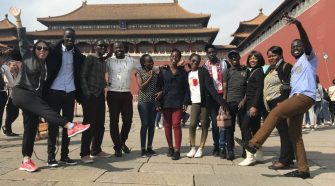