As countries across the world continue to evacuate their citizens while others are halting flights into China in the wake of the Coronavirus threat, Uganda has advised Ugandan students and nationals in China against coming to Uganda.

The virus which broke out in the central Chinese city of Wuhan late last year has already killed 300 people in China alone. More than 150 cases have so far been confirmed outside China.

On Sunday, the 9th case of Coronavirus was confirmed in the United State’s San Francisco area, CGTN reported.

In Africa, there have been no confirmed cases to date – but several countries have reported suspected cases of the rapidly spreading disease.

On Saturday, Uganda’s Prime Minister, Dr Ruhakana Rugunda chaired an inter-ministerial meeting of political and technical members at the Office of the Prime Minister (OPM) to get an update from  the Ministry of Health on the country’s preparedness activities.

The Inter-ministerial committee is chaired by the Minister of Health, Dr Ruth Jane Aceng and is composed of the Ministries of Health, Trade, Foreign Affairs, Internal Affairs, Tourism and Transport. It also has representatives from the World Health Organisation and other development partners.

The meeting noted that Uganda has not received any case or suspected case of 2019-nCoV.

It was noted that the mortality for 2019-nCov is high and different countries are reacting differently. However, the meeting appreciated that Uganda has handled the situation  without panic with intensified surveillance and screening at the points of entry.

The meeting recommended that the Ugandan students and other nationals currently in China should stay in China and continuously observe preventive measures put in place by Chinese authorities, while keeping Ugandans authorities informed of any needs that require attention.

Government of Uganda has dismissed media reports that claiming a travel ban to China had been issued.

“On the contrary, the government has advised that persons intending to travel to and from China or other affected countries should rather delay or stay their travel until when the  global situation is put under control with minimal risks of transmission,” the statement by the OPM stated.

Prime Minister Rugunda appreciated the efforts by Ministry of Health for putting in place high level of vigilance and preparedness towards all the public health events.

The Ugandan Embassy in China was tasked to continuously remain in touch with the Ugandan students and nationals in China.

The Minister of Health is  expected to present a Cabinet Paper today, Monday, on the status of Uganda’s preparedness for n-CoV.

The public is being cautioned to follow guidelines issued by the Ministry of Health to avoid the Coronavirus.

These include; being on the lookout and avoid close contact with persons who show flue-like symptoms; covering one’s mouth and nose when sneezing or coughing; regularly washing hands with soap and water or using an alcohol-based hand rub; cooking  meat and eggs thoroughly before eating them; and avoiding unprotected contact with wild animals.

The Ministry of Health further appealed to the general public to verify all information on Coronavirus that is obtained from social media and other internet based websites.

The current 2019-nCoV virus has no cure or vaccine but is currently being treated using supportive treatment in the countries where outbreaks have been confirmed. 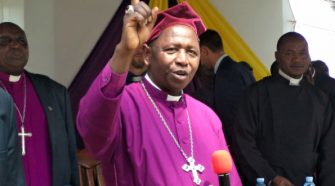