The games are aimed at bringing together corporate companies from various sectors such as telecommunications, agriculture, insurance, banking, construction, beverage, audit and accounting, legislators, education, trade and industry and media.

The two media houses houses were unveiled on Sunday as the games embraced their third outing of the year. They now join Next Media and Uganda Broadcasting Corporation (UBC) in publicising the games.

Commenting on the new development, Ian Rumanyika, the Corporate Games Uganda Chairperson, said it is a great opportunity for participating entities to market themselves to the public.

“This gives the participating companies more publicity avenues on different media platforms and of course the media partners will support in promoting a healthy lifestyle among corporates,” Rumanyika said.

Meanwhile, on Sunday, Cavendish University and Oryx and Orion Transformers became members of the games, participating in their first outing accelerating the total number of participating teams to 25.

On this Rumanyika said: “More teams are believing in our commitment to zero tolerance to mercenaries and creating a platform for professionals.”

On the number of fans who turn out to support and enjoy the games, Rumanyika reiterated that the fan base us growing, saying they are optimistic of filling Mandela National Stadium to capacity with time.

“We have seen number of fans grow bigger since we started, thanks to our media partners, we want to fill Namboole. We want to see the stadium get filled up supporting the different corporate companies,” he said.

More people are turning up for the free morning and evening aerobic sessions, we are happy about the turn up as we inspire Ugandans especially Corporates through sports, Rumanyika added.

In the first games of the day, Mengo Hospital had a one all draw with Uganda Bati, EFC’s game against Next Media ended two all and FIDUGA had a slim 1-0 defeat over Ministry of Science.

In a related way, Darling Uganda was on Sunday suspended from the 2019 games over “ill-behaviour” it exhibited on the third outing. Organisers said the move is in line with their commitment to ensure high levels of discipline. 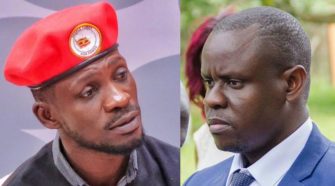