The Judiciary has directed disciplinary action against two Magistrates and five support staff following the recent investigations by the Judiciary Anti-Corruption Taskforce.

A statement by the Judiciary on Thursday said the implicated staff include two Magistrates, two Office Attendants, two Court Clerks and a Process Server, attached to the Magistrates Courts’ of Wakiso, Goma, City Hall, Mukono and Nabweru.

However, it did not avail the names of those implicated.

The implicated staff are among those that appeared in last year’s media reports on corruption tendencies at select courts arising out of investigations conducted by the Vision Group and the Democratic Governance Facility (DGF).

The Chief Justice, Bart Katureebe, said the Judiciary Top Management had reviewed the Report of the Taskforce in December 2019 and directed the Chief Registrar to charge the two implicated Magistrates and refer them to the Judiciary Disciplinary Committee.

Established under Office Instruction No. 4 of 2019 dated July 30, 2019, the Taskforce was mandated to investigate allegations of corruption published in the various print and electronic media during the period of June to July 2019.

“This Taskforce interfaced with the media, reviewed media material and related documents, interviewed implicated individuals and conducted field visits in the process of executing this mandate,” the Report reads in part.

“The Taskforce has therefore proposed recommendations in this report which, if adopted and executed, will invariably attempt to address the highlighted challenges.”

The Report also highlights some of the other challenges affecting delivery of judicial services, including poor infrastructure, inadequate security, and inhumane sanitary conditions among others. It also presents recommendations towards addressing the gaps identified. 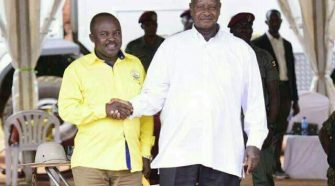