Addressing the media on Tuesday, Munyagwa admitted that indeed he had a brief meeting with Kitaka but that it totally had nothing to do with soliciting money from him.

“Yes I met him, I was going to the gym, he was taking a cup of tea, he was pleading with me over a number of issues. He also wanted that the status quo remains but I told him, that was not the reason I had approached him,” Munyagwa said.

The MP noted that he was addressing Kitaka on the poor drainage system in Kawempe which has kept on flooding whenever it rains.

Asked to whether he received money from Kitaka, Munyagwa said, “I cannot because I can never trust someone from KCCA, much as I would love money as a human being, but you think I am not that stupid”

“I go to a restaurant at Garden city moreover on a balcony with CCTV cameras all over the place and I start soliciting for anything from anybody.”

“And does the ED KCCA have money to offer? The man is helpless and has no powers. What can he give me? If I wanted to work with anybody in KCCA, I would have worked with Jennifer Musisi because she had money on her as well as power but not Kitaka”.

Munyagwa wondered how someone can hold a secret meeting in a city centre in a broad day light in a restaurant with CCTV cameras.

He however accused the KCCA Director Physical Planning, Moses Atwine for being behind the campaign to taint his name since he ordered for his sacking due to lack of qualifications for the office he holds at KCCA.

Atwine is faulted for not holding qualification in Physical planning but holds a Bachelors in Social Science from Makerere University, Diploma in Engineering from Mortmund Germany and Research in Environmental Planning. 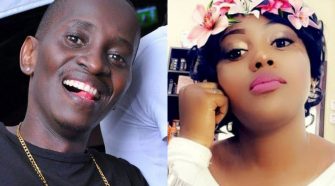 VIDEO: MC Kats Bashed for Cozying Up with Mystery Babe in Instagram Vid