The Parliament Committee on Commissions, Statutory Authorities and State Enterprises (COSASE) has cleared the former Bank of Uganda Executive Director Bank Supervision, Justine Bagyenda on allegations that she obtained several properties that belonged to some of the seven defunct banks.

This was in a letter written by the Committee Chairperson, Abdu Katuntu to Bagyenda following documents that were laid by Kasilo County MP, Elijah Okupa and Aruu County MP, Odonga Otto during the proceedings.

The legislators laid a number of documents including certificates of land titles, mobile money and bank accounts purportedly owned by Bagyenda were laid.

In the letter, Katuntu noted that the documents that were laid before the committee were not authentic and were thus expunged from the committee proceedings.

“Of the 14 properties allegedly owned by you, only 5 properties actually belong to you by virtue of registration and were confirmed by you before the committee,” Katuntu said.

He added, “It was noted that of the five properties, two were obtained from the estate that belonged to your late husband Clif Bagyenda.”

“None of the properties owned by you were found to be part of the portifolios as security or otherwise of the closed financial instustions,” Katuntu added.

In light of the above, Katuntu noted that the committee didn’t admit the documents provided by the legislators and were expunged from Parliament records. 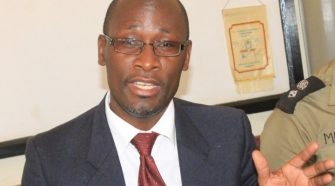