Officials from NIRA led by the Executive Director, Judy Obitre Gama had appeared before the committee chaired by Busiro East MP, Medard Ssegona to respond to several audit queries that were raised in the Auditor General’s report for the Financial Year 2017/18.

The legislators accused the officials of running the project with few staff keeps keep Ugandans in long queues to be registered for the National Identity Cards.

“Your performance on ground is so lacking, there has been a lot of concern that at every registration centre, the numbers on the daily basis are so disturbing. In other words, you are very thin on ground,” Ssegona said.

Ssegona noted that the delay in the process has created room for NIRA staff to engage in corruption given the fact that they are poorly remunerated.

“The delay is coupled with complaints of your staff soliciting money from people for registration. This explains why the registration is slow; this committee intends to go and examine the results in different places in this country,” Ssegona added.

The MPs accused the officials of not doing much to fight the vice of bribery among NIRA staff who have time and again been caught taking bribes from people who seek to be registered for national identity cards.

“It is so sad that whenever one goes to pick their card, they are required to pay some money, this is so rampant in upcountry areas,” said Bunyole West MP, James Waluswaka.

In response, NIRA ED said that “We have received complaints but many times the complaints come with no evidence and when you request for additional information, the complainants pull back”.

This explanation was not well received by the committee chair who asked whether NIRA has taken time to carryundergroundround investigations so as to gather more evidence once tipped off by complainants.

“Have you taken some steps to employ some level of intelligence in those areas to clamp the vice? These complaints are coming from various parts of the country, we receive the complaints just like you receive them but you continue asking people for evidence, do you want them to produce pictorial evidence,” Ssegona asked.

In response, Gama noted that “We have CID officers attached to NIRA legal department, we have made arrests, we are doing investigations and we have successful prosecutions.”

The committee is continuing to investigate and handle complaints raised against NIRA and has resolved to make field visits to registrations centres in the country before they report to the entire Parliament. 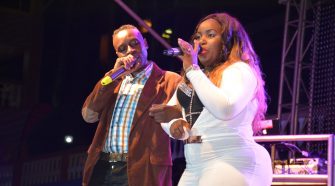