The URA team led by the Commissioner General, Doris Akol was appearing before the committee to respond to the audit queries that remained outstanding in the Auditor General’s report of 2013/14.

The Auditor General highlighted that over 9,733 litres of fuel went missing after URA had impounded a fuel tank belonging to one John Imaniraguha.

During the interface, the committee discovered that upon impounding the fuel tank, URA officials never carried out due diligence on the fuel quantities and later Imaniraguha petitioned claiming some of his fuel was missing.

The Acting Head of Customs, James Kisaale told legislators that indeed they didn’t know the right amounts of fuel impounded but went ahead and compesented Imaniraguha upon his claim.

It was found out that URA paid more than Shs 80 million for the missing fuel at the expense of the tax payer.

Kisaale’s explaination raised alot of queries and discomfort among members who wondered how the tax body could simply pay off a compensation without clear due deligence.

Kisaale was aided by Commissioner General, Akol who noted that, “This fuel after interception was deposited with Shell Uganda, we had to seek for custody and after the case was resolved, we found that fuel had reduced but it didn’t happen in the URA custody”.

Munyagwa asked whether URA has a Memorandum of Understanding with Shell to offer custody for any impounded fuels but there was no clear response.

He ordered URA officials to put in writing a clear explanation of how they reached such a decision which has cost the tax payers. 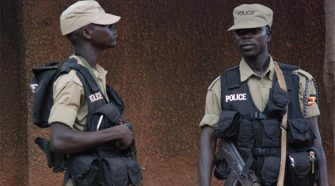