The dismissal followed the magistrate’s ruling in which he accepted a withdrawal letter from the Director of Public Prosecution (DPP) Mike Chibita.

The DPP using the powers provided for in the constitution appointed Supritendant of Police (SP) Mark Odongo to present this letter in court. In the letter, the DPP said that constitution grants him powers to withdraw any privately instituted criminal proceedings at any stage before judgement.

Catholic counsel, Jude Mbabali had earlier on objected to this request on grounds that Bishop Kibuuka had without reasonable excuse decided not to attend court which is a sign of disobedience

He asked Anthony Wameli, the lawyer representing the accused to present proof indicating that his client was sick to which Wameli provided evidence confirming the sickness of Bishop Kibuuka.

However, the magistrate in his ruling pointed out that DPP had the powers to take over any matter instituted by private prosecutors at any stage, and therefore he had no reason to object.

The Catholic lawyers and Kalungu MP Joseph Sewungu accuse Bishop Kibuuka who ex communicated himself from Catholic Church of black mailing catholic leaders which is annoying to all catholic believers. 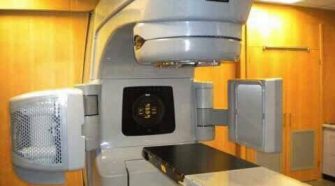