The Commercial Court has ruled stopping the lawyers of Sebalu, Lule and Company Advocates from representing DFCU bank in the case filed against it (DFCU) by tycoon Sudhir Ruparelia’s real estate and property management firm, Crane Management Services Limited.

In contesting the representation of DFCU by the law firm in question, Crane Management Services Ltd had cited conflict of interest.

While giving his ruling, the Deputy Registrar,  Festo Nsenga noted that indeed, the lawyers of Sebalu, Lule and Company Advocates had an Advocate-Client relationship wirh Sudhir who had contracted their services in 2016.

Nsenga noted that the lawyers were contracted by Sudhir to review several tenancy agreements for Crane Management Service Ltd and leases for some companies under the Ruparelia Group. As such, they came into contact with his confidential and privileged information, court ruled.

Court as well ordered the lawyers to pay costs to Crane Management that sued DFCU Bank demanding payment of rental arrears amounting to Shs 2.9 billion in respect of tenancies of properties formally owned by Crane Bank.

Crane Management Services contend that when DFCU took over management of Crane Bank, it illegally took possession of the rental facilities from which the real estate company seeks to recover its arrears.

The property management firm argues further that during their interaction with the Sebalu, Lule Advocates as their clients then, the lawyers gained access to confidential information which DFCU can exploit to their disadvantage since they are now their ally. 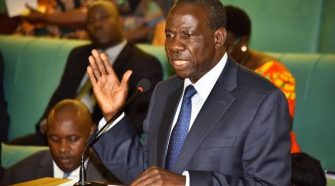 Finance Ministry Moves to Increase Tax on Fuel by Shs150