Early this week, a lawyer petitioned the Civil Division of the High Court in Kampala seeking for orders to the Chieftaincy of Military Intelligence (CMI), the Attorney General and the Chief of Defence Forces, Gen David Muhoozi to immediately produce Mutwe in court .

Anthony Kusingura in a habeas corpus filed on Tuesday said that Ssebuufu was allegedly kidnapped or arrested by operatives from the military on August 25 from Ssemakokiro plaza in Kamwokya within Kampala and detained in an unknown place.

“The continued detention of Eddie Ssebuufu without producing him to court has deprived him of his fundamental human right to liberty and contravenes the 48 hours rule,” said the judge.

The judge has ordered the Attorney General, Chief of Defence Forces, Gen Muhoozi and the CMI to produce Ssebuufu not later September 4th. 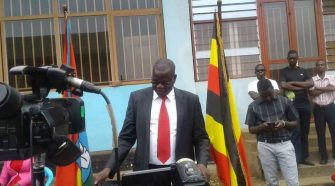