The Nakawa Chief Magistrate Ssajjabbi Noah Norobert has ordered for the immediate release of detained journalists of Investigator online news publication. The two; Stanley Ndawula the CEO of Investigator and Robert Ndawula who is the Business Director for the same publication were arrested on Monday and have been in detention for five days.

The two journalists were arrested over charges relating to offensive communication.

Lawyers representing the journalists on Friday secured a court order demanding for the unconditional release of the two.

In his order, the Nakawa Chief Magistrate Ssajjabbi ordered that the duo either be produced in court if they have charges or be released immediately unconditionally.

“Ndawula Stanley and Ndawula Robert who are currently under detention at Kira Road police station and Jinja Road police station respectively since October 30 to November 3, be produced in court immediately if there are any charges preferred against them or be unconditionally released immediately,” the Chief Magistrate’s order stated.

It should, however, be noted that there is currently an ongoing industrial action by prosecutors across the country which has frustrated efforts to have numerous cases to be heard.

The body that brings together online news publishers in Uganda earlier this week issued a statement demanding for the unconditional release of the two journalists. The body condemned Police for arbitrary harrassment of the press which curtails press freedom provided for in the constitution. 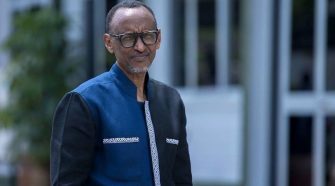