Sheikh Mwanje was charged together with 6 others for belonging to ADF and recruiting for the organisation classified as terrorist.

“You are charged with belonging to a terrorist organization contrary to section 11(i) (a) of the Anti terrorism act,” court stated.

They were also charged with aiding and abetting terrorism contrary to section 8 of the Anti terrorism act ,2002. 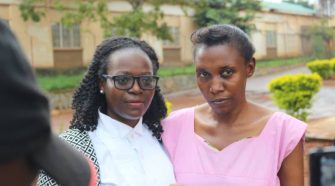