Court in Jinja has on Wednesday May 20 halted embattled Jinja RDC Eric Sakwa’s eviction from office.

An application filed by Sakwa through his lawyers – Nyote and Co advocates and Alaka & Co advocates sought to revoke the earlier interdiction announced by the office of the Presidency by its Secretary, Hajji Kakande Yunus.

In the injunction secured by Sakwa on Wednesday, court ordered the Attorney General and Hajji Yunus Kakande, refered to as the respondents, and their agents against evicting Sakwa from his office of RDC Jinja District and that he continues executing his duties unhindered.

For this period, when he will be in office, court also ordered that he gets all his emoluments and other benefits unlike in the interdiction order where he would only earn up to not more than a half of his monthly salary.

“An interim order be and is hereby issued restraining the respondents and their agents from evicting and or removing the applicant from his office of RDC Jinja District, or from anyway interfering with his job, work and functions as RDC or from and or emoluments accruing to his office as jinja RDC..,” read the notice in part. 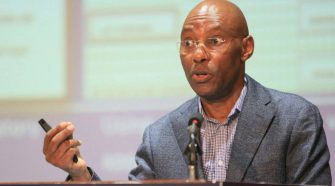 UCC: Publishers of Fake News on Bobi Wine Song ‘Ban’ will be Arrested