National Association of Broadcasters (NAB), the apex body of Uganda’s radio, television and online broadcasters has appealed to government to waive license fees for at least three years as one of the measures to enable them overcome the effects of COVID-19 pandemic.

The call was made while the association’s leaders appeared before the National Economy Committee of Parliament on Friday together with Uganda Communications Commission to give their views on the effects of COVID-19 pandemic. The committee is chaired by Nakaseke Woman MP, Syda Bbumba.

The association said that they would like government to waive off license fees for at least three years and also waive off signal carriage fees for the next six months to enable them to keep operating.

“With the lockdown measures, most people stayed at home. This increased media consumption tremendously. Most people stayed home, watching TV, listening to radios, reading online and other media. However, the industry did not reap from this growth. Instead, it suffered unprecedented loss of revenue,” reads the document signed by NAB Chairman Kin Karisa and presented by the association’s Secretary General, Joseph Beyanga.

NAB said that the media relies mostly on advertising for business and with the lockdown, most businesses that would advertise were gravely affected since there was diminished demand as people were confined in their homes and had to ration their savings to survive the uncertain times.

“With less sales from the public, most companies halted advertising immediately. Most multinationals including; Emirates, Airtel, CBL, Coke, EABL, NBL have either halted advertising or cut budgets, considerably. The already struggling industry where less than 30% were making profit (even before COVID 19), is now ailing,” Beyanga explained.

The association also called on government to help clear outstanding bills to the media and other suppliers by 30th June 2020 which will help struggling businesses.

“The media has over Shs15 billion pending as advertising and communication bills for government and government agencies. If cleared, this would go a long way in keeping the media and other businesses alive,” Benyanga said.

“A lot of advertising is now going to international content distributors such as Google, YouTube, Facebook and others. These take away our dollars from small companies as well as the big ones without paying tax. This has eaten into the advertising revenue for media houses further crippling their financial situation. We propose Facebook, YouTube, and other such content distributors to pay content creators. They are doing it in other countries but not here in Uganda. We also need them to be regulated and taxed, which money would help Ugandans in this terrible time,” noted the association Chairperson, Kin Kariisa.

However, the Acting Executive Director of Uganda Communications Commission (UCC), Irene Kagwa Sewankambo said that the proposals to waive both license and signal fees would not apply to arrears before the covid-19 outbreak.

Speaking on behalf of online media, Sarah Kagingo who is the CEO of SoftPower News, a subsidiary of Soft Power Communications, decried the cost of data. 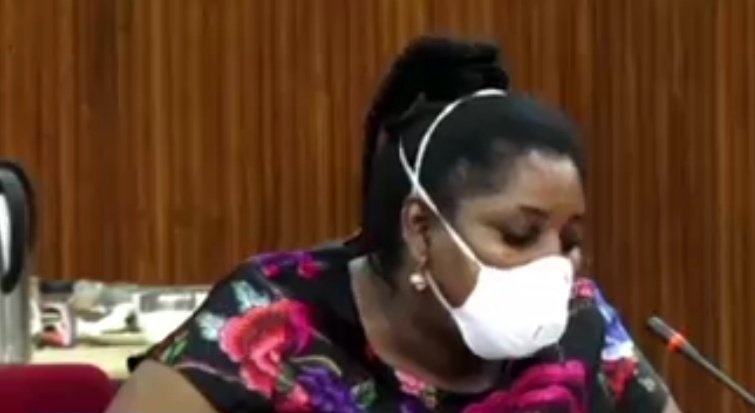 “The number of smart phones in use in Uganda today is 6,973,679, the total of internet enabled phones is 17,153,420, according to UCC. Increased use of the mobile has changed the media landscape, more Ugandans access news online. And now that more people are working remotely than was the case before covid-19, the cost of data is inhibitive,” Kagingo noted.

“While media has the duty to do gate-keeping, most of the fake content is shared on social media.  We must together find a way to reconstruct society on correct values,” she noted.

MPs urged UCC to reprimand online sites that are engaged in fake news.

Others who attended the meeting include Innocent Nahabwe, Vice Chairman of NAB and CEO of Galaxy Media.

He urged government to embrace new media and review some of its guidelines on communication that exclude online media. 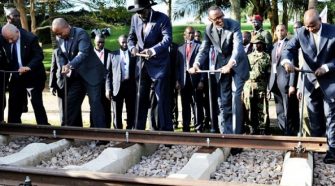