As the country and the entire world grapples with the prevailing COVID-19 pandemic, the education sector has greatly suffered and this has highlighted a number of loopholes in Uganda’s current education system that need to be fixed urgently.

One of Uganda’s oldest political parties, the Uganda People’s Congress (UPC) believes that the COVID-19 pandemic has proved that the country needs to reflect on the education system that the UPC government had put in place when it was in power.

The party Spokesperson, Michael Osinde Orach told SoftPower News that the current measures by President Museveni including the closure of schools and all tertiary institutions has left government confused on learning continuity.

Osinde said the whole confusion stems from the fact that the country is running an education system that is not inclusive and equitable, with quality education centred within the city centres which makes it hard to transport students. The use of mass transport means would expose students to the danger and water down all the efforts that have so far been put in place by government.

The party mouth piece says there are a number of students who hail from the border districts but study from Kampla city and these have to transported back given the directives by President Museveni for reopening of schools to candidate classes and finalists on June 4.

The President in his last address said that public transport will be allowed to operate starting on June 2 but this excludes 40 districts along Ugandas international borders.

“So, how will the children from the 40 districts who study from other districts move? This also includes those studying in the same district where schools may be 50kms away, as it is in the vast districts in Eastern and Northern Uganda. While parents with private cars can drive their children, the poor will either trek on foot or miss altogether,” Osinde said.

Osinde noted that there is a common perception among Ugandans that the best education institutions are situated in Kampala, Wakiso and Mukono, in central Uganda.

“So, the biggest problem will not be those who want to take their children to regional towns like Moroto, Arua and Tororo, but the majority who want to bring their children to the epicenter of school education in Uganda; Kampala, Wakiso and Mukono. Why couldn’t we have a well-balanced quality education system that is equitably distributed across the country, region and districts so that anyone, anywhere can benefit from it equitably?” Osinde wondered.

Osinde noted that the UPC Education system as envisaged in the Common Mans Charter (CMC) calls for an education system that equips everyone equally with the same skills anywhere in Uganda and he/she gets equal chance to get a job on merit in both government and commerce.

“When UPC was in government and based on its ideology, education was equitable to everyone anywhere in Uganda and based on merit-both during study as well as in getting jobs. UPC built signature schools that have similar designs and are equally distributed across Uganda because UPC considers education as a public good,” Osinde said.

In response to post-independence socio-economic challenges, under the 1965-1970 “Development Plan”, UPC built 1,400 primary and 156 secondary schools covering every county and also expanded former missionary schools to provide more classrooms, laboratories and dormitories, and opened them up to all children irrespective of religious beliefs and socio-economic status of their parents.

This enhanced national unity and integration. Nineteen Grade II Teacher Training colleges (one in each of the existing districts) and Technical Training Colleges were built in Lira, Elgon and Kichwamba to meet the high demands for trained manpower.

Osinde observed that given that COVID-19 and the response to it have exposed the loopholes in the education system, this gives an opportunity to reflect on it and address the gaps.

“We need a strategic and an all-inclusive approach to education not only to respond to Covid-19 but also to restructure the education values, policy, strategy, systems and guidelines for a better Uganda. If a better UPC Education system was furthered, the government would not be stuck with reopening schools since quality education would be so close to all its beneficiaries and there would be no need of transporting students long distances from their areas to the city centre,” Osinde noted. 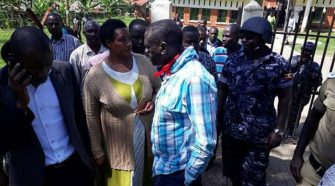