Uganda Christian University(UCU) has joined the list of institutions and organisations to suspend employees’ work contracts due to uncertainties caused by the Covid-19 pandemic.

In a letter dated 22nd May and signed by the Vice Chancellor Rev Canon John Senyonyi, the institution expressed concern over the prolonged lockdown since March 20 which has rendered it unable to maintain the institution beyond the current month.

The decision follows the fact that they have not been able to receive any tuition from the university’s continuing students since the suspension of operations was announced on may 20.

The university says it has not admitted any new students which are the major avenues of acquiring income to meet its financial obligations.

As such, salaries of members of the University staff will be paid for only the month of May at a rate of 75%, after which their contracts with the University will be suspended.

The memo further stresses that the said suspension would remain in place for as long as the lockdown subsists until a time when the University will resume normal business, which is expected to be in the month of August or September as the situation may permit.

They university clarified that the development doesn’t mean that the contracts of the members suspended are completely terminated but rather halted for the time being as they await the return of normalcy when members would resume working as long as they will be having running contracts with the institution.

UCU becomes the second major institution of higher learning to announce suspension of employment contracts after Islamic University in Uganda broke the bad news for its staff earlier this month.

The fate of teachers is uncertain, especially for private institutions of learning. 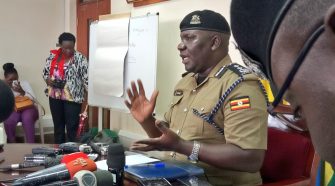