The Super Eagles dominated proceedings in the first early minutes of the game on Tuesday forcing the visitors to peg in their half.

In the seventh minute, Derrick Nsibambi almost put Uganda into a lead when he took a spectacular shot just outside the box, but it went metres away from goal, before Cranes defence contained Victor Osimhen’s dangerous attack in the 13th minute.

Minutes to the end of the first half, Uganda was on the receiving side but more remarkable of all was the beautiful piece of footwork by Nigeria’s Samuel Chukwueze in the 31st minute, when he beat two Ugandan defenders on the edge of the box but failed to score ending the first half goalless.

Second half was not any different with both sides attacking resoundingly only that the Ugandans played better with more attacks and confidence compared to the first stanza.

Uganda has a better head to head record against Nigeria. In the recent eight times the two sides have met, Cranes have won four times, defeated twice and lost twice.

Both Cranes and Super Eagles have already qualified for the forthcoming Africa Cup of Nations (AFCON) tournament in Cameroon next year with a game in at hand.

Cranes under Coach Sebastian Desabre, have given a good run-out for the Super Eagles and remain a very strong and resolved side and will seemingly be a tough opposition to face next year in Cameroon. 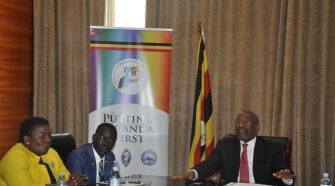