Football governing body, Federation of Uganda Football Association (FUFA) has come out to clarify on the ongoing sit down strike by players of the national football team, The Cranes, over unpaid bonuses and allowances.

Uganda is scheduled to take on Senegal on Friday evening at the Round of 16 stage and players were meant to hold training on Tuesday from the Arab Contractors stadium in Egypt. However, they never turned up, allegedly citing failure by the country’s football Association to pay their qualification bonus amounting to USD 10,000.

Also, the players reportedly claim that FUFA is yet to clear their daily allowances while in camp both in Uganda and Abu Dhabi as well as their promised match day results where they are meant to receive USD 30 per day in camp in Uganda for 14 days and USD 150 in foreign camp (Abu Dhabi & Cairo) per day for 53 days.

Each draw in the Group stages earns each player USD 2,000 with each win in the group stages attracting USD 4,000.

Now, FUFA, in a statement has confirmed the existing strike saying the players on Tuesday opted not to train despite a training programme being released by the technical team. FUFA adds that it has since engaged the players and confirmed that a complaint about emoluments is the cause of their action.

The football body however says that as per the agreed terms with the players, all the members of the team have been cleared their allowances and bonuses.

“FUFA wishes to affirm that matters of the rights and obligations of the members of the Uganda Cranes at the AFCON 2019 inclusive of the allowances and bonuses of the team were discussed and agreed upon by the team and were put into a document called the Code of Conduct,” the federation explained in a statement.

It adds that every member of the team signed the Code of Conduct before being allowed into the camp.

According to FUFA, there is currently nothing owing to the players as per the signed Code of Conduct and more than Shs 2bn has been paid to this item alone.

“This matter has been explained to the players and instead they have opted to renegotiate the terms of the Code of Conduct after qualifying to the round of 16 leading to the decision not to undergo training, ” the FUFA statement reads further.

“Far and beyond the Code of Conduct, FUFA has also paid extra 2,780 USD to each player for camp morale and 300 USD for the International friendly match against Ivory Coast”.

“As of 2nd July 2019, each player has received up to 14,600 USD (App 55m UGX) already with more daily allowances and winning bonuses awaiting to be earned and paid on time,” FUFA adds.

On the qualification allowance, a source has told SoftPower News that FUFA promised them (players) USD10,000 each for qualification, but engaged the government through President Museveni and money was released and paid to the players.

Players allegedly argue that the money promised by the Federation is different from that which was given to them by the President and as such, FUFA should honour its pledge.

Meanwhile, unconfirmed reports indicate that on Wednesday morning, the federation officials in Cairo agreed with the players to call off the strike a d return to training on Wednesday evening at Arab Contractors stadium, something we await to see.

Uganda qualified for the round of 16 after a win against Democratic Republic of Congo (DRC) in their opening match, a one all stalemate with Zimbabwe and a 2-0 loss to Egypt. 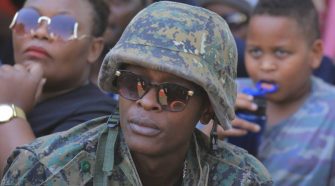